dpa/Gaza City Israeli warplanes on Friday night carried out a series of airstrikes on military facilities and posts belonging to the Hamas movement across... 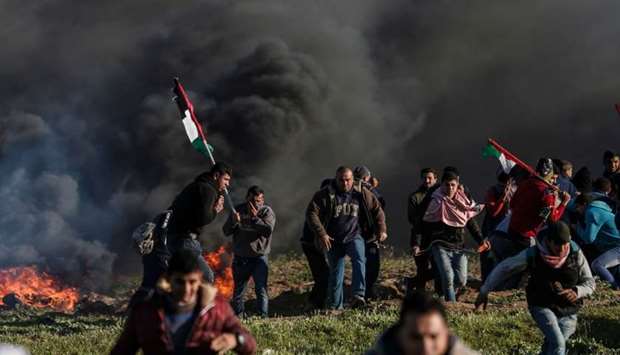 Israeli warplanes on Friday night carried out a series of airstrikes on military facilities and posts belonging to the Hamas movement across the Gaza Strip, local media reported.
The Israel Defence Forces (IDF) tweeted that its jets “struck several Hamas underground structures in Gaza.” The jets carried out four airstrikes on military targets around midnight (2200 GMT), striking a facility belonging to Hamas naval forces in the northern Gaza Strip, Gaza-based al-Quds Radio reported on Saturday. No injuries were reported, but the facility was severely damaged, the broadcaster added. Earlier on Friday, an Israeli army spokesman said that a homemade rocket was fired from the coastal enclave into southern Israel but it landed on an empty field causing no injuries or damage.
“Thousands of Israeli families heard the sounds of air raid sirens and ran to bomb shelters when a rocket was fired from Gaza at Israel,” the IDF tweeted.
Meanwhile Friday, a 23-year-old man was killed and more than 40 Palestinians were injured in violent clashes with Israeli soldiers, the Ministry of Health in Gaza said.
Since the end of March 2018, more than 260 Palestinians have been killed and thousands injured during protests on the Gaza border, according to the Gaza Health Ministry. Among other things, the demonstrators are calling for an end to Israel and Egypt’s decade-long blockade of the Gaza Strip, which the two countries have justified citing security concerns.