Israeli soldiers early Sunday morning shot dead a Palestinian who was wearing a Hamas headband and opened fire at them while attempting to cross... 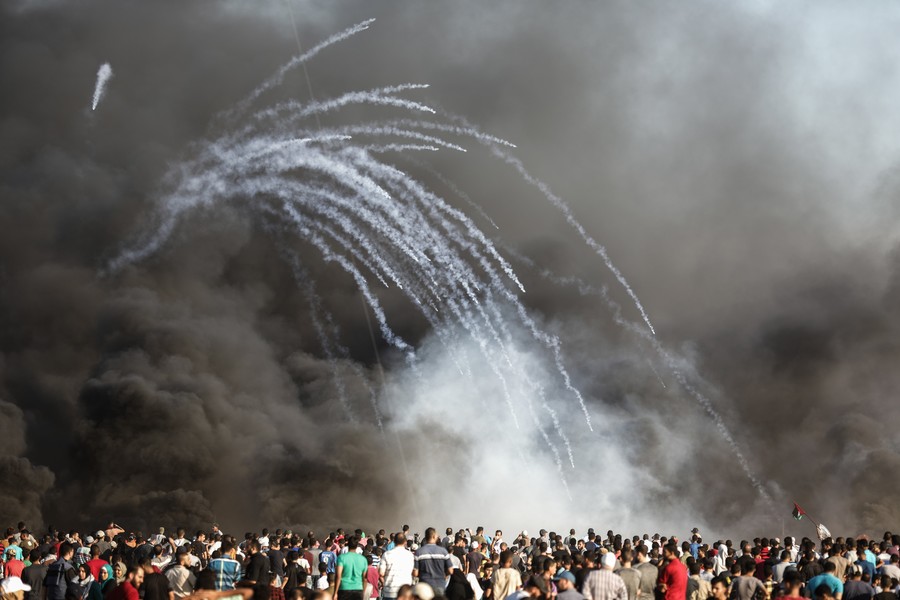 Israeli soldiers early Sunday morning shot dead a Palestinian who was wearing a Hamas headband and opened fire at them while attempting to cross the volatile border separating Israel from the Gaza Strip. The Israeli army responded by shelling a number of observation posts belonging to Hamas, which Jerusalem holds responsible for all attacks emanating from the enclave. The latest incident came a day after the army killed four Palestinians who were in possession of AK-47 rifles and rocket-propelled grenades who had penetrated the security fence. Earlier in August, a gunman donning a Hamas uniform was killed after wounding three Israeli troops along the frontier. Nevertheless, Hamas has distanced itself from the botched infiltration attempts, claiming the perpetrators had acted independently. According to sources, despite its apparent Jekyll-and-Hyde actions, Hamas remains committed to maintaining a tentative cease-fire deal reached with Israel earlier this year that many believe prevented the outbreak of what would have been a fourth full-blown war in the last decade. Among the “understandings” reportedly reached is a commitment by Israel to ease restrictions on the entry of goods into Gaza, as well as to allow the transfer of tens of millions of Qatari Riyals to Hamas. In return, the terrorist group was meant to end its sponsorship of weekly, violent protests along the shared border that have taken place since March 2018.