Video footage has emerged of Israeli forces celebrating and cheering after a Palestinian home was blown up in Jerusalem as part of a wave... 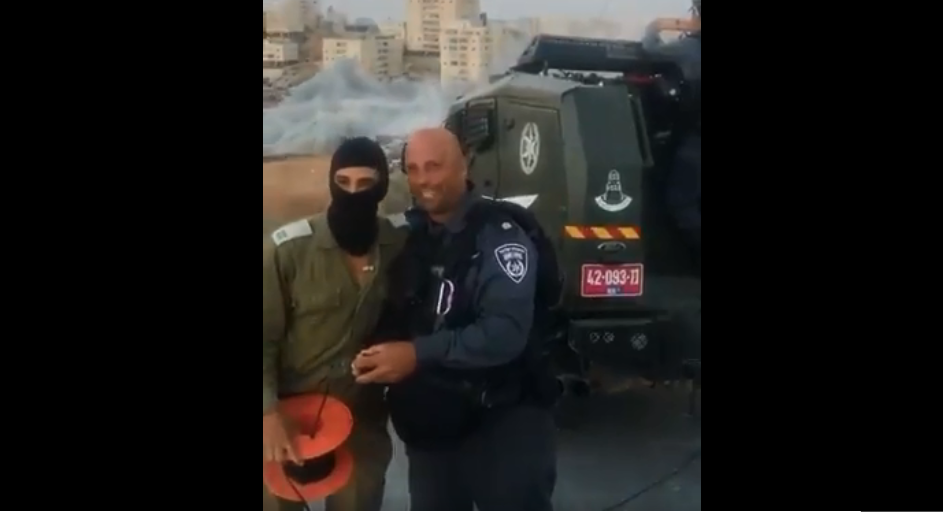 Video footage has emerged of Israeli forces celebrating and cheering after a Palestinian home was blown up in Jerusalem as part of a wave of mass demolitions on Monday.

More than twelve Palestinian homes were demolished in a controversial operation in the Sur Baher area, which straddles the occupied West Bank and Jerusalem.

Before dawn Monday, hundreds of Israeli police and soldiers sealed off buildings in the area while residents and activists were dragged out.

Watch as Israeli soldiers and police cheer the demolition of scores of Palestinian homes. For these soldiers, making someone homeless is a joyous act. https://t.co/OTM9HTvK4Z

A man wearing a balaclava activates a detonation device before a building in the distance begins to explode floor by floor.

As the building is being blown up, members of the Israeli security forces laugh and celebrate, with some hugging each other and whistling.

UN humanitarian agency OCHA said a preliminary assessment showed 24 people, including 14 children, were displaced during the demolitions, with more than 300 affected.

Prior to the demolitions, OCHA said the buildings were to include some 70 apartments. It said those being displaced were from three households.