Israeli Prime Minister Binyamin Netanyahu on Sunday inaugurated a new settlement in the occupied Golan Heights, in honour of his key ally US President... 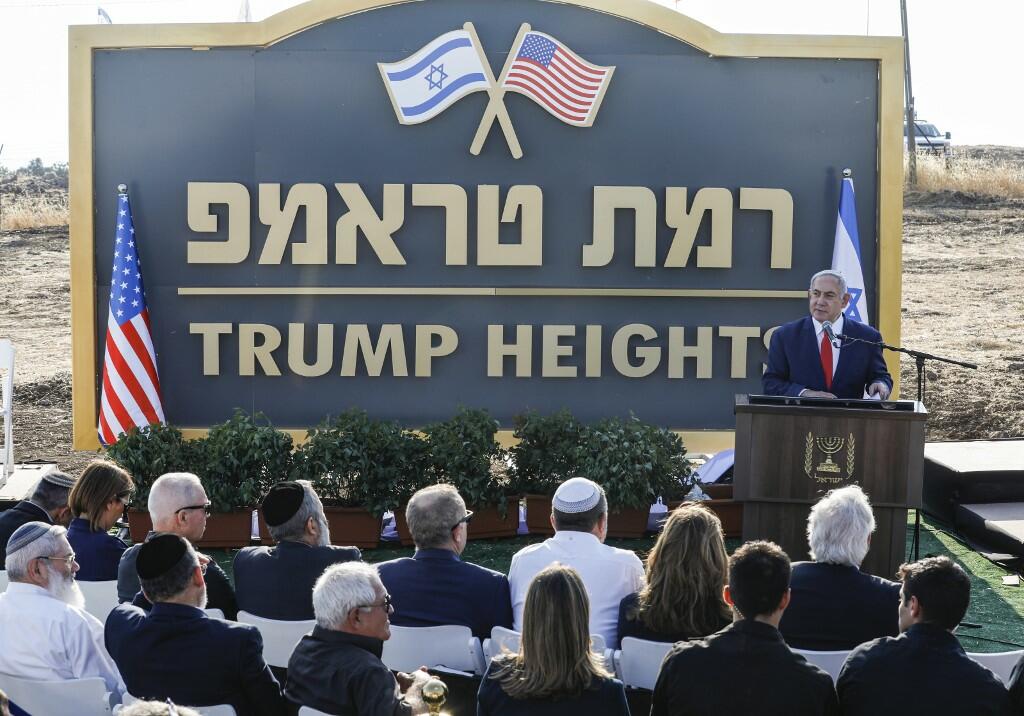 Israeli Prime Minister Binyamin Netanyahu on Sunday inaugurated a new settlement in the occupied Golan Heights, in honour of his key ally US President Donald Trump.

Netanyahu unveiled a “Trump Heights” sign to mark the site of the new settlement.

The ceremony comes after the US president in late March recognised Israeli sovereignty over the part of the strategic plateau it seized from Syria in the 1967 Six-Day war.

Israel later annexed the area in a move never recognised by the international community.

“The Golan is Israeli and will remain so always”, Netanyahu declared.

Trump is “a very great friend of Israel who has taken a decision that has never before been taken”, he added.

Surrounding a large table, Israel’s cabinet met under a tent in the north of the occupied Golan to name the settlement. Its construction is planned in an area currently occupied by four settler families.

Some 23,000 Druze – an Arab Muslim minority also present in Syria and Lebanon – live in the occupied and annexed portion of the Golan, while 25,000 Israeli settlers have arrived there since 1967.