Prime Minister Binyamin Netanyahu hinted that Israel was behind recent airstrikes on Iranian assets in Iraq, and reiterated that the Jewish state would continue... 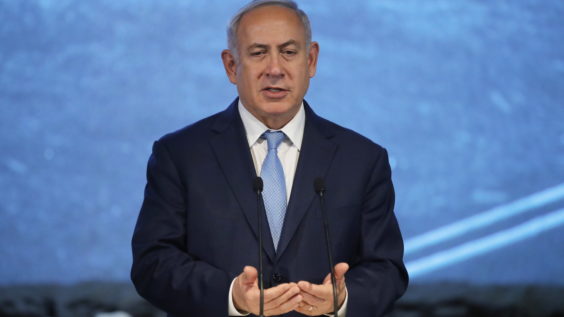 Prime Minister Binyamin Netanyahu hinted that Israel was behind recent airstrikes on Iranian assets in Iraq, and reiterated that the Jewish state would continue to act militarily to curb Tehran’s expansionism. “Iran has no immunity anywhere,” Netanyahu asserted while on a visit to Ukraine, adding that, “we will act – and currently are acting – against [the Iranians] wherever it is necessary.” The Israeli leader also said that the 2015 nuclear deal – which provided the Islamic Republic with an estimated $100 billion in sanctions relief – had allowed Tehran to increase its aggression throughout the Middle East. Last week, multiple news reports claimed that Israel was responsible for a massive explosion in an arms depot in Baghdad controlled by Iranian-backed Shiite fighters. In fact, Israel over the past months has reportedly conducted multiple strikes in Iraq, where Iran is accused of setting up bases and shipping sophisticated weaponry – including ballistic missiles – to its underlings. Meanwhile, the Israeli army has conducted hundreds, if not thousands, of strikes in Syria in order to prevent the Islamic Republic from establishing a permanent military presence there, as well as from transferring advanced weaponry to its Hizbullah proxy in Lebanon.