Israeli Prime Minister Binyamin Netanyahu says the Israel Defense Forces (IDF) is “the only army in the world to fight Iran.” In remarks made... 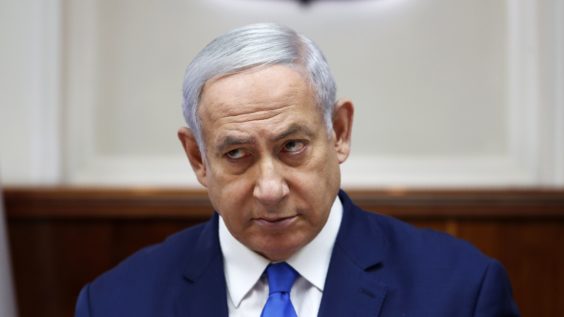 Israeli Prime Minister Binyamin Netanyahu says the Israel Defense Forces (IDF) is “the only army in the world to fight Iran.” In remarks made Sunday, the prime minister also slammed the 2015 multilateral nuclear deal aimed at curbing the Islamic Republic’s nuclear program. “I had to fight alone to block the nuclear agreement…. I had to fight against all the powers and the [former] president of the United States [Barak Obama]; I went to the American Congress,” he said. Netanyahu’s comments come as Tehran says it is open to talks with Washington as long as the Trump Administration lifts sanctions that were reimposed following the US withdrawal from the deal. In related news, the US reportedly has granted a visa to Iranian Foreign Minister Mohammad Javad Zarif to attend a United Nations meeting in New York this week. However, his movement will be limited to the UN headquarters, the Iranian consulate and his place of stay, a total distance of six blocks. The apparent overture comes amid heightened tensions in the Gulf between Iran and American allies, as well as recent tweets from President Donald Trump stating that sanctions on the Islamic Republic will ‘substantially” increase.