Israeli Prime Minister Binyamin Netanyahu on Tuesday night was rushed off stage during an election campaign rally in the southern city of Ashdod, which... 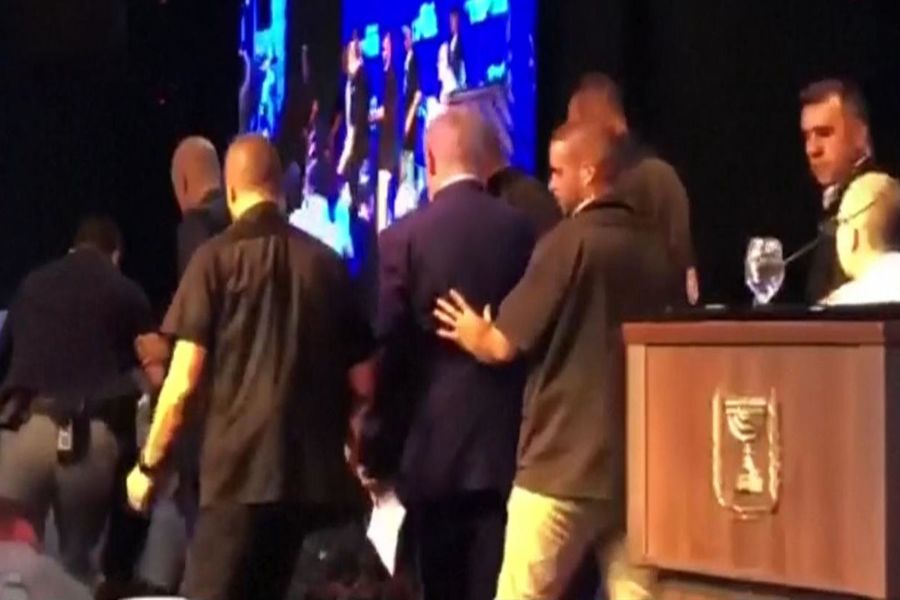 Israeli Prime Minister Binyamin Netanyahu on Tuesday night was rushed off stage during an election campaign rally in the southern city of Ashdod, which had come under rocket fire from the Gaza Strip. A video stream of the event showed Netanyahu saying, “OK, clear out;” this, as his bodyguards began surrounding him immediately after sirens were set off moments earlier. The prime minister resumed his speech about 20 minutes later. “If Hamas is shooting at us in a live broadcast, you can understand they don’t want us here,” Netanyahu thereafter told supporters of his Likud political party. “So prepare for another one. We’ll evacuate, and then we’ll return,” he added defiantly. According to reports, Gaza-based terrorists at around 21:00 fired two intermediate-range rockets toward Ashdod, which is located approximately 30 miles from the shared border. The Iron Dome defense system intercepted one of the projectiles, while the second landed in open territory, causing no damages or injuries. In response, the Israeli military struck fifteen Hamas targets, including weapons manufacturing sites and a subterranean terror tunnel.