Prime Minister Binyamin Netanyahu has reportedly requested that US President Donald Trump publicly back ahead of Israel’s September 17 national elections a prospective move... 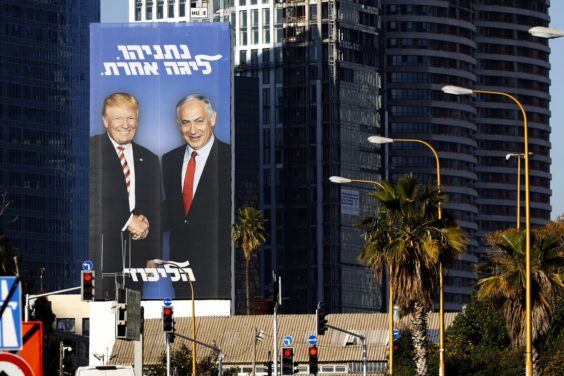 Prime Minister Binyamin Netanyahu has reportedly requested that US President Donald Trump publicly back ahead of Israel’s September 17 national elections a prospective move to extend Israeli sovereignty over Jewish communities in the West Bank. While Netanyahu cannot apply Israeli law to these territories until the next government is formed – which the premier may very well not lead given the latest polls – he nevertheless is seeking a public declaration to this effect from the White House in order to increase his electoral prospects by solidifying the support of right-wing voters. In December 2017, President Trump recognized Jerusalem as Israel’s capital and subsequently moved the US Embassy to the holy city. Earlier this year, the American leader similarly recognized Israeli sovereignty over parts the Golan Heights captured from Syria in the 1967 war. During the campaign ahead of Netanyahu’s victory in April’s national vote – after which he was unable to cobble together a 61-seat majority coalition, thus forcing Israelis back to the polls next month – the prime minister vowed to annex portions of the West Bank that remain under full Israeli administrative and security control.