Israel’s prime minister announced a deal with a far-right party on Thursday, which saw the group agree to withdraw from elections next month in... 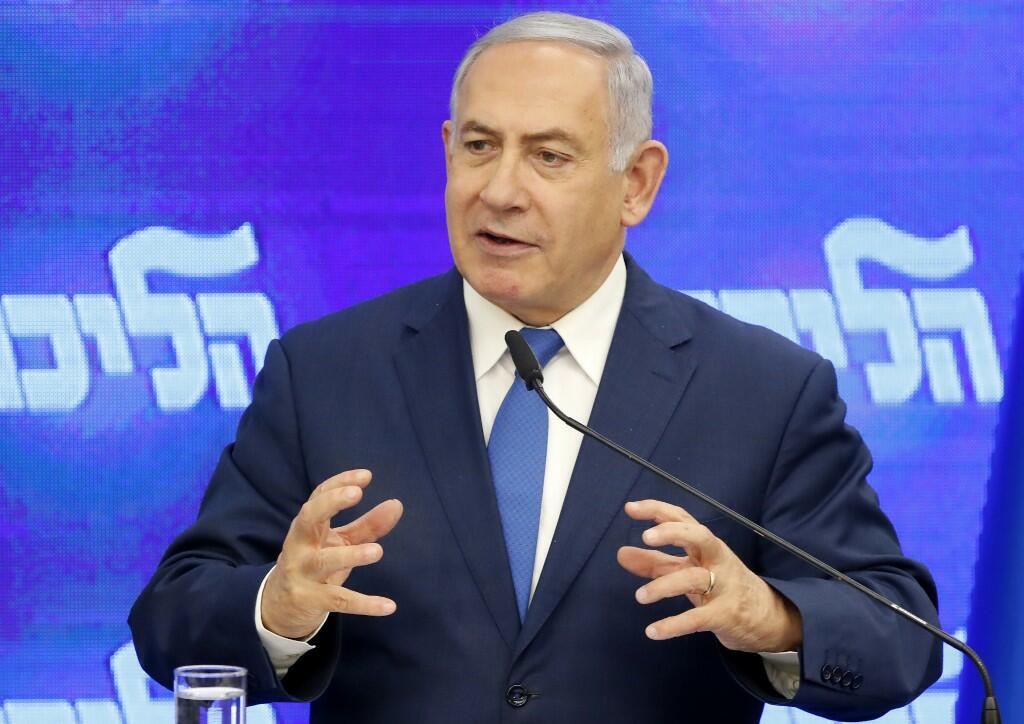 Israel’s prime minister announced a deal with a far-right party on Thursday, which saw the group agree to withdraw from elections next month in exchange for a pledge to legalise medicinal cannabis.

Prime Minister Benjamin Netanyahu announced the move at a joint press conference with Zehut, a libertarian Jewish nationalist party, which also promised a ministerial portfolio in exchange for not putting up candidates for the September 17 legislative elections, its head Moshe Feiglin said.

“I see you as a minister in the next government and I see you as a partner with a common vision,” Netanyahu told Feiglin at the conference.

The veteran Israeli prime minister and Likud party chair is trying to secure right-wing votes for his Likud party ahead of the polls, after he failed to cobble together a coalition following legislative elections in April.

In the last election campaign, Feiglin’s party had promised to legalise cannabis – a stance that won votes beyond the usual right-wing reservoir.

But Zehut still only won 2.7 percent of votes in those elections, below a threshold of 3.5 percent required for representation in the Knesset.

In a bid to prevent right-wing votes being wasted, Netanyahu – the longest serving prime minister in Israeli history – has said he will do his utmost to persuade small right-wing parties with little chance of meeting the threshold not to run.

The agreement between his Likud party and Zehut- seen by AFP – states that “in the first Knesset session, a bill will be voted on for the legalisation of marijuana for medical purposes”.

The proposed bill would also open Israel to imports of medical marijuana.

Feiglin had been a Likud lawmaker before setting up his own party in 2015.

Two other small-right wing parties remain in the running: Jewish Power, two of whose candidates have been banned under a law against incitement to racism, and the orthodox Noam party, known for campaigning against LGBT rights.

Meanwhile, the long-awaited yet controversial US peace planned – dubbed ‘Deal of the Century’ – is due to be unveiled after the elections, the White House special envoy said on Wednesday, despite the US President Donald Trump earlier implying he would release some details earlier.

“We have decided that we will not be releasing the peace vision (or parts of it) prior to the Israeli election,” Jason Greenblatt tweeted.

“It got complicated by the Israeli election, but we’re going to know who the prime minister is going to be fairly soon… That was a complicating factor.”

The rest of the deal was meant to roll out over the summer period but was delayed after surprise elections were held in Israel due to Prime Minister Binyamin Netanyahu’s failure to secure a coalition government.

Trump added that he believes Palestinian officials will accept the deal, despite consistent denunciations from Ramallah.

“I cut off most funding to the Palestinians, a lot of funding. And I think they’d like to get it back,” Trump said.

The Palestinians have rejected the deal, which they believe will unfairly favour Israel.