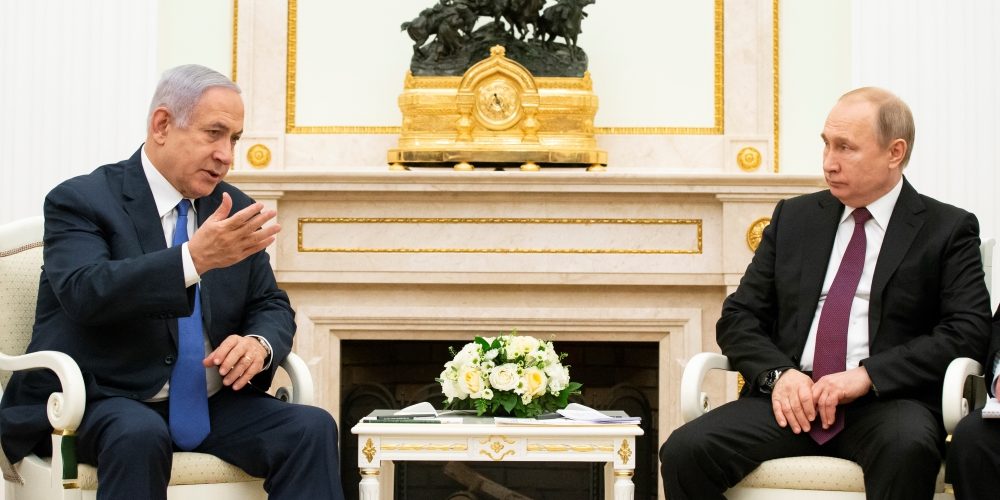 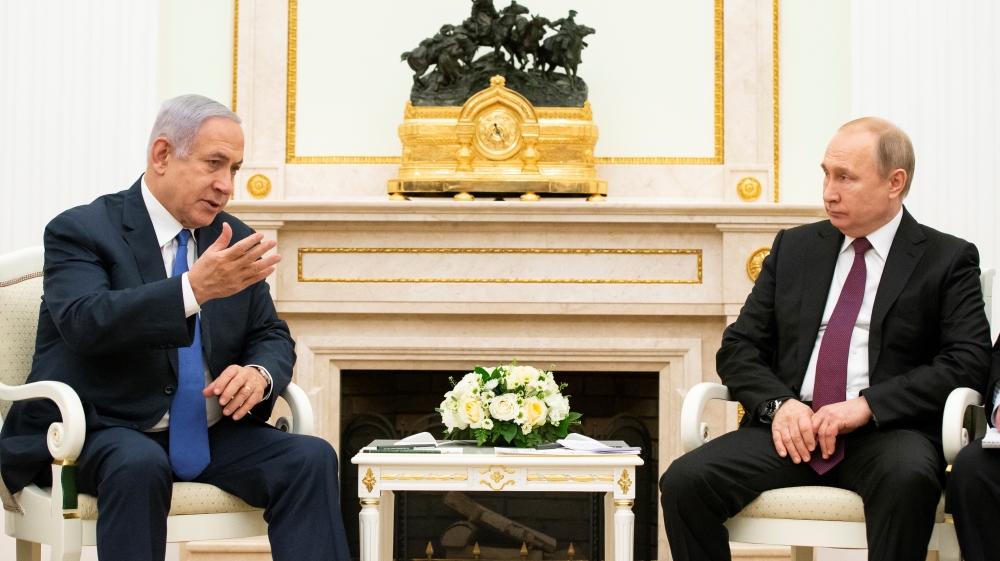 Israeli Prime Minister Benjamin Netanyahu is set to meet Russian President Vladimir Putin in the Russian coastal city of Sochi for talks on Thursday after Moscow condemned the Israeli leader’s pledge to annex parts of the occupied West Bank.

Russia’s foreign ministry warned on Wednesday it was concerned over the Israeli leader’s plan, saying its implementation could lead to a “sharp escalation of tensions in the region [and] undermine hopes for the establishment of long-awaited peace between Israel and its Arab neighbours”.

Moscow pointed out that Netanyahu’s pre-election pledge drew a “sharp negative reaction” in the Arab world and reiterated its call for direct talks between Israel and Palestinians.

Battling to win re-election in September 17 polls, Netanyahu said on Tuesday evening that Israel will “apply Israeli sovereignty to the Jordan Valley and the northern Dead Sea immediately” if he secured a fifth term, drawing firm condemnation from the Palestinians, Arab states, the United Nations and the European Union.

Netanyahu is slated to meet Putin on Thursday at 13:00 GMT as he fights to continue his reign as the country’s longest-serving prime minister after an inconclusive vote in April.

“The leaders will discuss regional issues including the situation in Syria, with an emphasis on tightening the military coordination mechanisms,” Netanyahu’s office said on Wednesday.

The Israeli prime minister had also met Putin in Moscow days ahead of Israel’s April 9 election, where they discussed “events in Syria”, including the “special coordination between our militaries” according to Netanyahu.

During his televised announcement on Tuesday, Netanyahu also reaffirmed a pledge to annex all of the Jewish-only settlements Israel has established in the occupied West Bank.

Netanyahu said the long-awaited United States peace plan, the release of which has been delayed until after the election, represented “a historic and unique opportunity to apply our sovereignty over our settlements” in the occupied West Bank and “other places key to our security, our heritage and our future”.

“I am asking you to give me the mandate to extend Israeli law to all the settlements. Out of respect for Trump, I am waiting to do this in maximum coordination with Trump,” Netanyahu said.

“But there is one place where the diplomatic circumstances are ripe to do this very soon. If I am elected I commit to annex the Jordan Valley. It is our eastern border, our defence wall.”

White House senior adviser Jared Kushner said in early May that he hoped Israel would take a hard look at President Donald Trump‘s upcoming proposal before “proceeding with any plan” to annex West Bank settlements.

The Jordan Valley and the northern Dead Sea make up 30 percent of the occupied West Bank. They lie in Area C, which means they are mostly under Israeli military and civil control.

Approximately 65,000 Palestinians and 11,000 Israelis residing in illegal settlements live in that area, according to Israeli human rights group B’Tselem. The main Palestinian city is Jericho, with about 28 villages and smaller Bedouin communities.

The United Nations, however, warned that Netanyahu’s plan would have “no international legal effect”.

Moscow on Wednesday also reaffirmed its “consistent and unchanging” position to the Palestinian-Israeli conflict on the basis of two-state solution within the 1967 borders.

Some 650,000 Israeli Jews currently live in more than 100 settlements built since 1967, when Israel occupied the West Bank and East Jerusalem.

The Palestinians see these territories – along with the Gaza Strip – as integral for the establishment of a future Palestinian state.

International law views both the West Bank and East Jerusalem as “occupied territories” and considers all Jewish settlement-building activity there illegal.