JERUSALEM — Israeli forces shot and killed four Palestinian militants near the Gaza border fence after one tossed a hand grenade at Israeli troops... 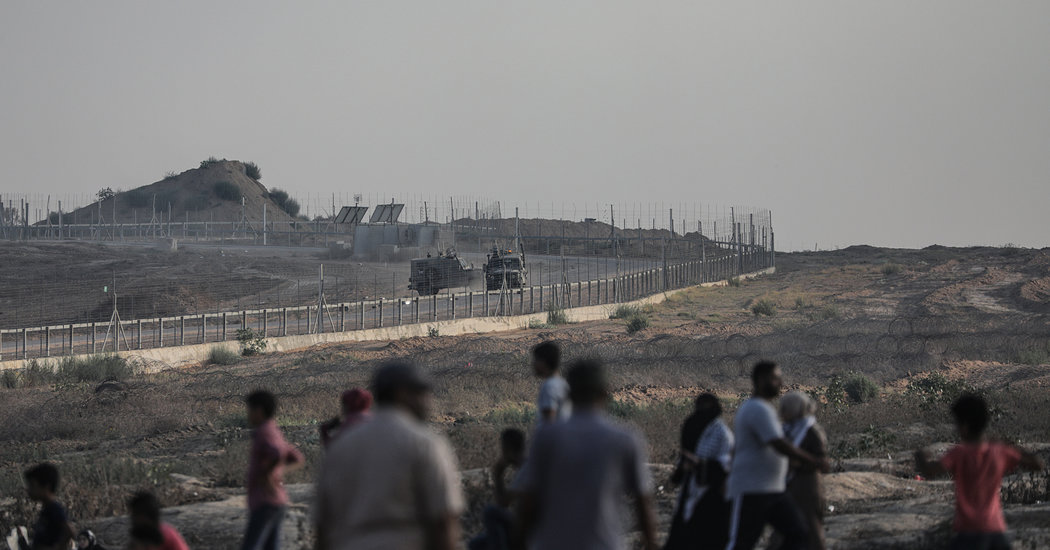 JERUSALEM — Israeli forces shot and killed four Palestinian militants near the Gaza border fence after one tossed a hand grenade at Israeli troops on Saturday, the military said.

The men were armed with assault rifles, anti-tank missiles and other hand grenades, the Israeli military said on Twitter.

It added: “Once one of the terrorists crossed into Israel, our troops opened fire. The terrorists were neutralized.”

The Israeli military posted on Twitter images of the weapons it said the men had been carrying, saying, “These are the weapons possessed by the terrorists who attempted to infiltrate into Israel from Gaza last night.”

There was no immediate comment from Palestinian officials in Gaza or from militant groups in the territory.

Gaza is ruled by the Islamist group Hamas, which has fought three wars with Israel over the past decade. Israel pulled its troops and settlers from the territory in 2005 but keeps the enclave under a blockade, citing security concerns. Tensions along the border are high, with frequent fatalities.

Israel and Hamas agreed on an informal cease-fire in May, after a particularly intense burst of violence, although the militant group’s leader, Ismail Haniya, has accused Israel of failing to meet commitments under the deal.

Hamas stages weekly protests at the border but had canceled this week’s, according to The Associated Press, ahead of the Muslim holiday of Ed al-Adha, which falls on Monday.

Earlier in the week, a yeshiva student who was studying to become a soldier, Pvt. Dvir Sorek, was found stabbed to death in the West Bank, and the Israeli Army was hunting for the killer. The army was treating the killing as a terrorist attack.