The Israeli army said an attack helicopter and tank had fired at ‘armed suspects’ along the fence that separates Israel from the besieged Gaza... 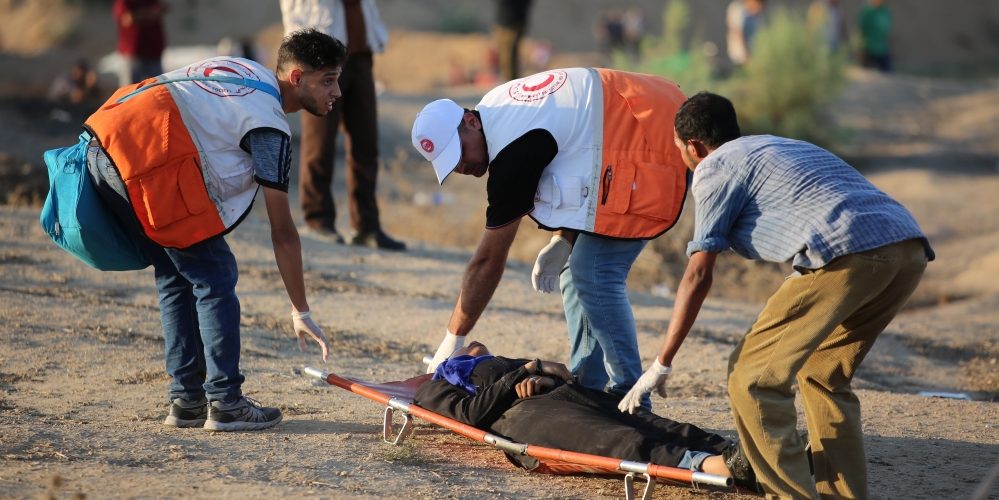 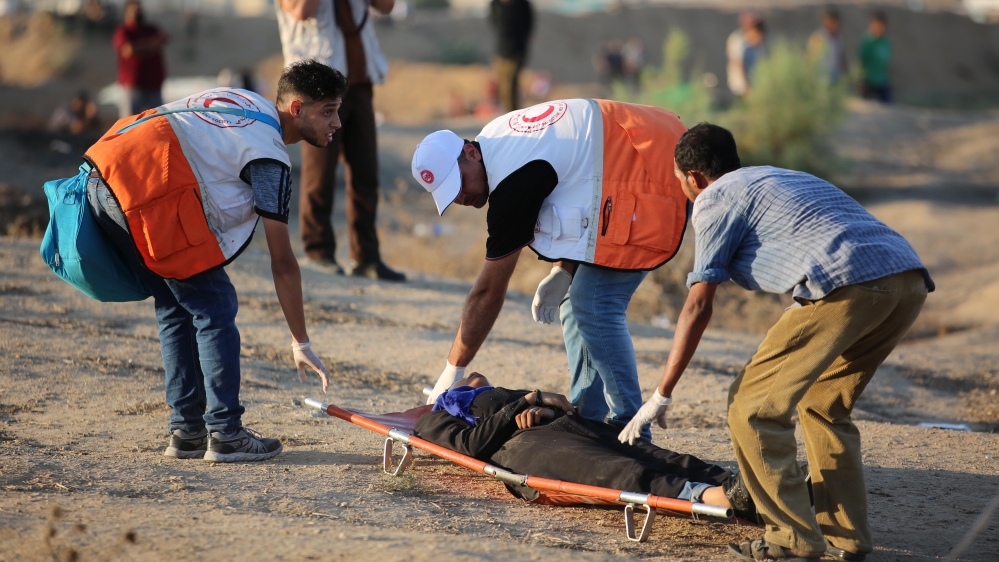 The Israeli army said an attack helicopter and tank had fired at ‘armed suspects’ along the fence that separates Israel from the besieged Gaza Strip [File: Hassan Jedi/Anadolu]

At least three Palestinians have been killed by Israeli fire in the north of the Gaza Strip, according to Palestinian health officials and local media, hours after three rockets were allegedly fired from the blockaded enclave.

Palestinian Health Ministry Spokesman Ashraf al-Qudra said that three bodies had arrived to the Al-Andalusi hospital in the Gaza Strip on Sunday morning, as well as one person with a serious injury.

In a statement on issued late on Saturday, the Israeli army said an attack helicopter and tank had fired at “armed suspects” along the fence that separates Israel from the besieged Gaza Strip, home to more than two million Palestinians.

We just identified a number of armed suspects from Gaza approaching the security fence with Israel. We fired towards them.

In an earlier incident on Saturday night, Israeli air raids hit parts of the northern Gaza Strip, including an open field used to grow crops, as well as a position belonging to a Gaza-based resistance movement, according to local media reports.

Medics said that Israeli forces only allowed for Palestinian ambulances to enter the area hours after it had launched the attacks.

The Israeli military said three rockets were fired from Gaza towards Israel, two of which had been intercepted by its Iron Dome aerial defence system.

3 rockets were fired from #Gaza at #Israel, 2 of them were intercepted by the Iron Dome Aerial Defense System.

This is the 2nd consecutive night rockets have been fired from Gaza at Israeli civilians.

There was no immediate comment from any of the major armed groups in Gaza, including Hamas, the group that governs the strip. No Israelis were hurt.

Israel has waged three wars in Gaza since 2008.

The Gaza Health Ministry said that since the start of the weekly Great March of Return protests last year, the Israeli army has killed more than 300 demonstrators and wounded 17,000 others, who were officially referred to hospitals.

The protests that began on March 30, 2018, demand that Palestinian refugees have the right to return to their homes from which they were expelled during the founding of Israel and for a complete lifting of the 12-year Israeli blockade of Gaza.

The intensity of the protests has decreased since Israel and Hamas reached an informal ceasefire in May, following the worst round of fighting since a 2014 war between them.

Under the truce – brokered by the United Nations and Egypt – Israel agreed to take steps to ease aspects of its crippling blockade on Gaza but Palestinians have accused it of slowing implementation and not taking enough measures to ease the crippling economic conditions in the coastal enclave.