JERUSALEM — To many outsiders, Israeli democracy must appear as dysfunctional and chaotic as some of the political systems in points West. Despite two... 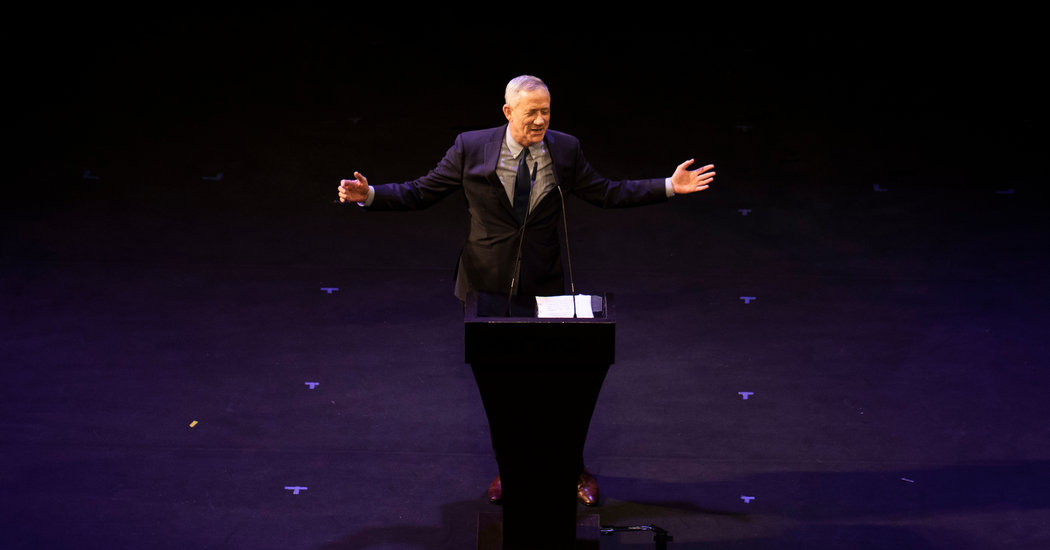 JERUSALEM — To many outsiders, Israeli democracy must appear as dysfunctional and chaotic as some of the political systems in points West.

Despite two elections in the past six months, Israel is no closer to knowing who its next leader will be. Benny Gantz, a retired army chief, will now take his turn at trying to form a government, but experts say he has even less of a chance to do so than his main rival, Benjamin Netanyahu, the longtime prime minister, who abandoned his latest attempt on Monday.

A third round of elections could be ahead.

Yet while Israel’s unruly multiparty parliamentary democracy may have ample room for improvement — and a new poll on Tuesday showed that most Israelis would like to replace it with a two-party system — few analysts are calling the current state of prolonged paralysis a crisis. Some likened it to a muscle cramp that will eventually subside. Others to a computer virus, but not a fatal one.

Many said Mr. Netanyahu, so entrenched and determined to survive, was simply gumming up the works by refusing to remove himself gracefully. He is facing indictment on corruption charges — a watershed moment widely expected in the coming weeks.

Indeed, the new poll, by The Israel Democracy Institute, showed that 54 percent of Israelis believe Mr. Netanyahu should resign now; 63 percent, including nearly half the members of his own Likud party, believe he should resign if indicted.

Yet unlike in a government shutdown in Washington, the institutions of state are humming along. Although major legislation is on hold, ministries, the courts and the schools are all open. Bills are paid.

“Some people would argue that it’s a good thing, because the government is functioning, but the politicians aren’t,” said Anshel Pfeffer, a columnist for the newspaper Haaretz.

The simplest way to understand Israel’s predicament is to think of a Mexican standoff, like something out of a Quentin Tarantino movie, but without the guns.

Mr. Gantz, 60, of the centrist Blue and White party, Mr. Netanyahu of the right-wing Likud party, and a third actor, Avigdor Liberman of the secular but right-wing Yisrael Beiteinu party, which is smaller but holds enough seats to be a kingmaker, are all facing down one another. A governing coalition, which requires a 61-seat majority in Parliament, almost certainly will not be formed unless at least two of the three relent and join forces.

The embattled Mr. Netanyahu, 70, who is desperate to hold onto power for a number of reasons — but perhaps most because as an incumbent he would be in a stronger position to battle criminal charges — is refusing to enter coalition talks without the ultra-Orthodox and right-wing parties that have backed him for years.

Mr. Gantz, who won the most votes in the election on Sept. 17, is refusing to join a government led by a prime minister facing indictment.

And Mr. Liberman, a former defense and foreign minister, is insisting on forming a national unity government with both Likud and Blue and White. But it is unclear whether he would join a minority government supported by the Arab and left-wing lawmakers who could provide the votes that Mr. Gantz would need.

“The powers that be are playing a game of chicken,” said Dahlia Scheindlin, a left-wing pollster and analyst. “Where the system is breaking down is that too many players are refusing to play according to the rules, and are boycotting other members of society.”

The game of chicken also involves the public.

President Reuven Rivlin will formally give Mr. Gantz the mandate to form a government on Wednesday evening, and Mr. Gantz will have 28 days to try. If he fails, Parliament would have three weeks to come up with a 61-member coalition. Barring that, an election would be called within another three months.

The public’s aversion for a third ballot could, as one becomes more likely, raise pressure on the negotiators to accept a compromise that they now deem unpalatable, Ms. Scheindlin said.

Mr. Gantz, for example, could agree to an arrangement in which Mr. Netanyahu remains prime minister in name only, but steps aside to contend with his legal troubles; Mr. Netanyahu, in return, could cut loose his ultra-Orthodox allies, meeting a key condition of Mr. Liberman’s.

Alternatively, Mr. Gantz could form a minority government, relying on the outside support of lawmakers on the Joint List, which is predominantly Arab. A leader of the Joint List, Ahmed Tibi, on Tuesday told an Israeli television station that providing such support to a Gantz government was a possibility, saying, “I think we are moving in that direction.”

But that would require Mr. Liberman to stomach allies he has rejected until now.

So far, Mr. Gantz appears to be holding out hope that other Likud members might replace Mr. Netanyahu as their leader, or that other members of Mr. Netanyahu’s coalition — perhaps the ultra-Orthodox Shas party, or the right-wing Yamina party — might defect and join a government led by Blue and White.

As vexing as the stalemate may be to Israelis weary of endless politicking, the country’s electoral system has worked fairly well in its short history, Mr. Pfeffer of Haaretz noted. Until this year, the only election that did not produce a clear winner was in 1984, when the two top finishers, Shimon Peres and Yitzhak Shamir, agreed to take turns as prime minister.

Still, while the system is designed to protect minorities, it also can give small parties the power to subvert the will of the majority, accentuating differences along ideological, ethnic and religious lines, rather than forging common ground, said Yohanan Plesner, president of the Israel Democracy Institute.

In 2016, the Institute called for reforms, including automatically making the leader of whichever party wins the most votes the new prime minister, even if he or she is well short of a majority.

Among other things, that would have prompted the two largest parties to absorb most of the smaller ones, Mr. Plesner said — something that his group’s new poll showed that 56 percent of Israelis would prefer.

It also would have averted this year’s mess: Mr. Netanyahu would have won a new term after the April election, or Mr. Gantz the premiership immediately after the do-over vote last month.

But Mr. Plesner said that the deadlock at the moment was less a reflection of such structural weaknesses than of Mr. Netanyahu’s longevity and appeal to his base.

“We have the most able, competent, well-entrenched, charismatic leader, who, while he has all these unique political traits, is also dealing with very severe allegations of criminal wrongdoing, and is extremely motivated to deal with those personal challenges from the position of prime minister,” Mr. Plesner said. “Otherwise we would’ve had a government after the first round.”

It is also possible that if Israeli democracy is indeed afflicted, the illness may be localized within Mr. Netanyahu’s own party, rather than the system as a whole.

Dan Meridor, a former finance and justice minister from Likud, lamented the failure of current Likud leaders to confront Mr. Netanyahu over his corruption cases, among other things. Rather than demand that he step aside, Likud lawmakers have repeatedly signed oaths of loyalty to him.