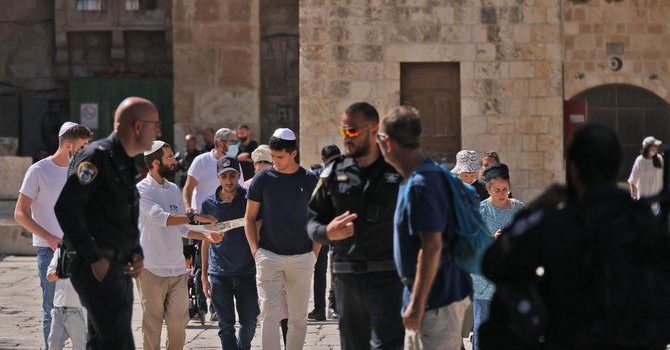 Israel27 Jews1 Palestine12
JERUSALEM: A ruling by a local Israeli court in favor of a Jewish man who prayed quietly at a flashpoint Jerusalem holy site has... 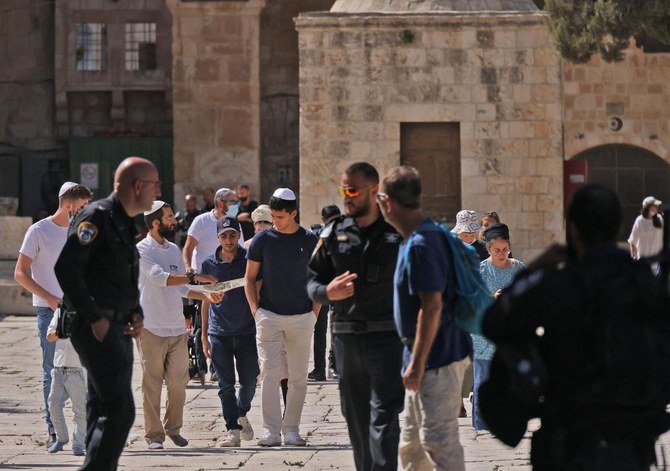 JERUSALEM: A ruling by a local Israeli court in favor of a Jewish man who prayed quietly at a flashpoint Jerusalem holy site has angered Muslim authorities. They denounced it on Thursday as a violation of the fragile status quo governing the compound.

The Al-Aqsa mosque compound is the third holiest site in Islam and the holiest site for Jews, who refer to it as the Temple Mount because it was the location of the ancient Jewish Temples. It is the emotional epicenter of the Israeli-Palestinian conflict, and tensions there helped ignite the 11-day Gaza war in May. Under informal understandings, Jews are not allowed to pray there.

The ruling by a magistrate court in Jerusalem concerned a Jewish man who had been barred from the site for 15 days after Israeli police caught him quietly praying there. The court lifted the ban several days early, ruling that the man, “like many others, prays on a daily basis on the Temple Mount.”

Noting that he did so quietly and privately, the ruling said “this activity by itself is not enough to violate the police instructions.”

Under a longstanding but informal arrangement known as the status quo, Jews are allowed to visit the site but not pray there. The agreement has broken down in recent years as large groups of Jews, including hard-line religious nationalists, have regularly visited and prayed at the site. The Israeli government says it is committed to maintaining the status quo.

The Palestinians and neighboring Jordan, which serves as the custodian of the holy site, fear that Israel plans to eventually take over the compound or partition it — as it did with a similarly contested holy site in Hebron, in the Israeli-occupied West Bank.

The Islamic endowment that maintains Al-Aqsa called the ruling a “flagrant violation” of the compound’s sanctity and a “clear provocation” for Muslims worldwide.

Friday prayers at the mosque are regularly attended by tens of thousands of Palestinians, and are sometimes followed by protests and clashes with Israeli police. A provocative visit by a right-wing Israeli politician in 2000 helped ignite the second Palestinian intifada, or uprising.

Israel captured east Jerusalem — including the Old City and its holy sites sacred to Jews, Christians and Muslims — in the 1967 war and annexed it in a move not recognized by most of the international community. The Palestinians want east Jerusalem to be the capital of their future state. The city’s status has been among the most divisive issues in decades of failed peace efforts.