An Israeli court on Tuesday approved the interior ministry’s decision to expel Human Rights Watch’s country director for allegedly supporting a boycott of the... 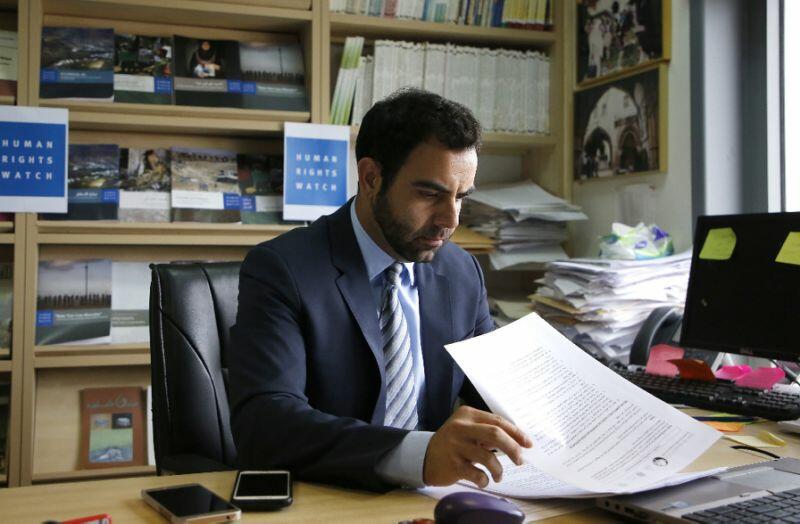 An Israeli court on Tuesday approved the interior ministry’s decision to expel Human Rights Watch’s country director for allegedly supporting a boycott of the country.

Omar Shakir, a US citizen, will have until May 1 to leave Israel, according to the decision by the Jerusalem district court, which rejected his appeal against the original expulsion order, noting he could take it to the supreme court.

The district court delayed Shakir’s deportation while it heard HRW’s challenge against the ministry’s decision to terminate his work permit.

“Those who call to boycott Israel aim their arrows at it, but the individuals living in it are the ones who pay the price of the boycott,” Tuesday’s ruling said.

The court also noted that “it has been proven” that Shakir “continues to publicly call for a boycott on Israel or parts of it, while at the same time asking that it opens its gates for him”.

Hence “the interior minister’s decision to not enable the petitioner that is reasonable under the circumstances and does not justify intervention,” it said.

In 2017, Israel passed a law banning entry to foreigners who support boycotting the country.

The law was passed in response to a movement to boycott Israel by those seeking to pressure the country over its occupation of Palestinian territory.

Israel sees the movement as a strategic threat and accuses it of anti-Semitism – a claim activists deny, saying they only want to see the occupation end.

HRW denied in response that the group or Shakir promoted a boycott of Israel, saying that Tuesday’s ruling was a “new and dangerous interpretation of the law,” since it equated criticism of businesses operating in the occupied West Bank to boycotting Israel.

“The decision sends the chilling message that those who criticise the involvement of businesses in serious abuses in Israeli settlements risk being barred from Israel and the Israeli-occupied West Bank,” Tom Porteous, deputy program director at HWR, said in a statement.

HRW said it would challenge the decision with the supreme court and seek an injunction allowing Shakir to remain in Israel for the duration of the process.