Israel Wrapped up its Largest Military Drill in Years

Israel wrapped up its largest military drill in years on Wednesday, with thousands of troops from the army, navy and air force simulating a... 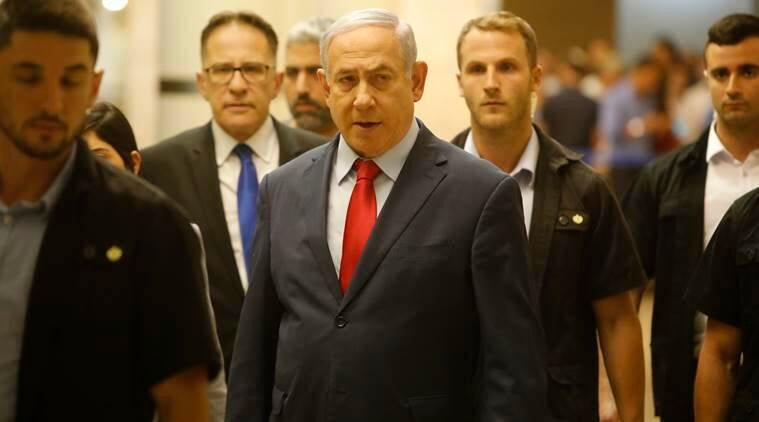 Israel wrapped up its largest military drill in years on Wednesday, with thousands of troops from the army, navy and air force simulating a future war with the militant Lebanese Hizballah group amid fears that Iran would draw its Shia proxy into the recent growing tensions in the Gulf.

The Israeli military said the four-day exercise had been planned long in advance and focused on the immersion of all branches against threats emanating from Israel’s north. It included a large deployment of unmanned aircraft and the first use of the F-35 stealth fighter planes to prepare for scenarios of missile attacks and underground infiltrations from Lebanon.

But rising tensions between Iran and the United States clearly served as a backdrop.

Iran recently announced it was breaking its compliance with the nuclear deal with world powers amid the renewal of crippling American sanctions. The Trump administration has ordered 1,000 more troops to the Middle East amid accusations that Iran was behind a series of strikes against oil tankers near the Persian Gulf.

Israeli officials fear Iran may try to mobilize Hizballah as its most potent toll against Israel in a confrontation. Israel has long identified Iran as its greatest threat, citing its suspect nuclear program, development of long-range missiles and hostile rhetoric.

The Lebanese Shia group battled Israel to a stalemate in a month-long war in 2006 and has since gained valuable battle experience in the Syrian civil war.

Over the past 13 years, Israel has carried out dozens of airstrikes against suspected weapons shipments from Iran through Syria to Lebanon and has engaged in several dust ups. But its field training has been primarily aimed toward delivering a far more decisive victory in its next full-scale war with Hizballah.

Though the military would not mention it by name, Hizballah was clearly the central focus of the drill.

“I am very impressed by the improvement in readiness, by the fighting spirit of the soldiers and commanders, and mainly by the destructive power,” Prime Minister Binyamin Netanyahu said as he attended part of the drill.

“I say to our enemies: The (military) has very great destructive power. Don’t test us.”

Netanyahu, who has been a vocal critic of Iran over the years, has been uncharacteristically quiet throughout the latest escalation in the Persian Gulf.

“We caution Hezbollah not to subordinate Lebanon to Iran’s agenda, and we caution Lebanon not to be used as a launching pad for attacks against Israel,” Rivlin said. “We are not happy to go to war, but the military is fully prepared to respond to any threat and any scenario.”

Though never confirmed by Israel, the drones are also suspected of being able to carry out surgical aerial strikes that have lightened the load of Israel’s fleet of fighter jets.

Able to carry out missions that would be more challenging and perilous to manned flight, the drones look to play a major role in any future war with Hizballah, said Capt. M, the deputy commander of the Black Snake Drone Squadron, who could only be identified by his first initial according to military protocol.

“The north is a more complex fighting arena,” he said. “We are preparing for a prolonged round of fighting and the drones are an integral part of it.”

Israel’s multi-layer aerial defense systems were also being integrated into the drill, with the assumption that a war would entail massive missile fire toward all parts of the country. The Arrow rocket system is designed to intercept the longest-range missiles, including outside the atmosphere.