Israel-U.S.-Russia Security Summit Would Take Place in Jerusalem on June 24-26

Prime Minister Binyamin Netanyahu confirmed that a tripartite meeting of the national security advisers of Israel, the United States and Russia would take place... 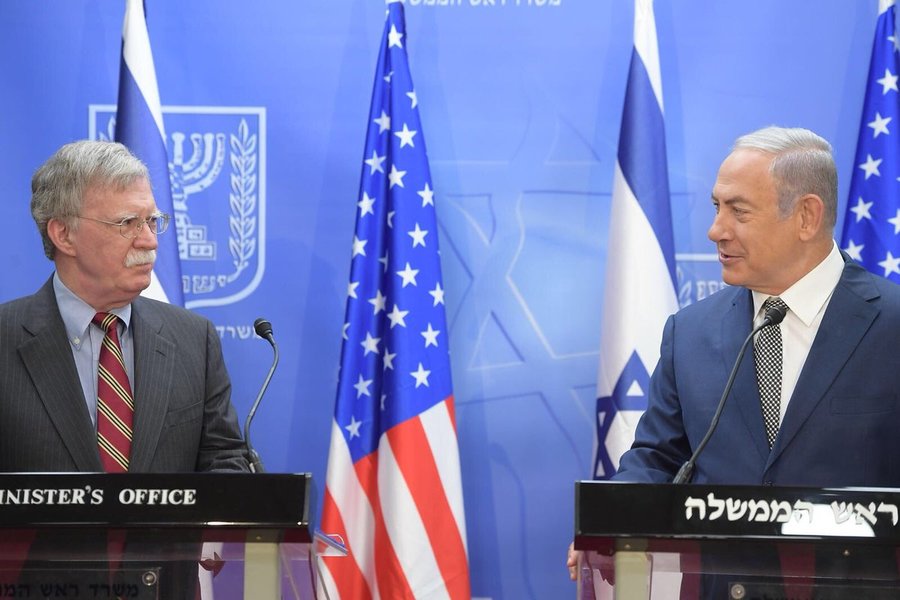 Prime Minister Binyamin Netanyahu confirmed that a tripartite meeting of the national security advisers of Israel, the United States and Russia would take place June 24-26 in Jerusalem. He described the upcoming summit – which will bring together Israeli National Security Adviser Meir Ben-Shabbat, U.S. National Security Adviser John Bolton and Russian Secretary of the Security Council Nikolai Patrushev – as “very important for the stability of the Middle East during these turbulent times.” Jerusalem and Washington are reportedly foremost concerned about Iran’s ongoing militarization of Syria and will therefore offer “incentives” to Moscow should President Vladimir Putin agree to help oust Iranian forces from the war-torn country. More broadly, the talks are expected to focus on Iran’s increasing aggressiveness across the Middle East, including in Iraq, Yemen and waters throughout the Gulf. Moscow remains an ostensible ally of the Islamic Republic even though Putin’s most immediate interest is to stabilize Syria in order to consolidate hard-fought Russian gains. The Kremlin reportedly views repeated cross-border Israeli strikes targeting Iranian assets, coupled with a growing frequency of Syrian fire toward the shared border, as antithetical to this aim. Therefore, analysts believe that the three countries could find common ground, leading to a closer alignment of their overall regional policies.