Israel to Attend the United States-led Conference in Bahrain

Israel will attend the United States-led conference in Bahrain June 25-26 that is expected to present the economic portion of the Trump Administration’s peace... 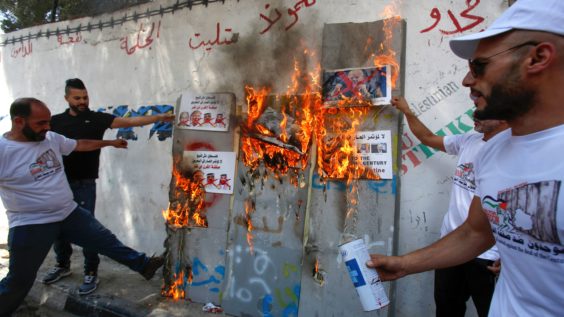 Israel will attend the United States-led conference in Bahrain June 25-26 that is expected to present the economic portion of the Trump Administration’s peace plan for the Israeli-Palestinian conflict, Israeli Foreign Minister Yisrael Katz told reporters on Sunday. Israel is reportedly sending a business delegation rather than government officials, according to an anonymous source cited by Reuters. Major financial bodies, such as the International Monetary Fund (IMF) and the World Bank, as well as business leaders, are billed to be in Bahrain to discuss investment in the Palestinian territories. Nonetheless, Palestinian leaders are boycotting the conference due to what they allege to be Washington’s pro-Israel bias, highlighted by claims that the yet-to-be-revealed peace plan falls short of providing the Palestinians statehood. Despite Ramallah’s attempts to convince Arab nations to shun the workshop, it was announced last week that Morocco, Egypt and Jordan were planning to attend. The attendance of the latter two is considered particularly important given that Cairo and Amman are the sole Arab states that have peace treaties with Israel. Additionally, U.S. Middle East envoy Jason Greenblatt announced that the unveiling of the “deal of the century” may be delayed until November when a new Israeli government is expected to be in place following the country’s September 17 elections.