Israel to Allow Citizens to Travel to Saudi Arabia

Israeli Muslims have long been allowed to go for pilgrimage purposes, but so far there is no sign that Riyadh has relaxed its policies... 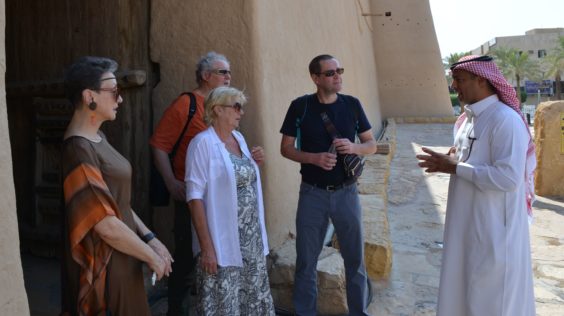 Israeli Muslims have long been allowed to go for pilgrimage purposes, but so far there is no sign that Riyadh has relaxed its policies for other Israelis

Israel’s interior minister has announced that Israelis with permits to travel to Saudi Arabia will be allowed to make the trip despite a 1954 law that forbids citizens from journeying to so-called enemy states.

Despite signs of a warming of ties between the two countries, Israel and Saudi Arabia have never established diplomatic relations and are still officially considered to be at war.

Israeli authorities have long been willing to overlook the law for Muslim citizens who travel to Mecca to participate in the annual hajj or the umruh, a pilgrimage that can be undertaken at any time. The Saudis, for their part, allow these Israelis to enter from a third country, such as Jordan or Egypt, with temporary travel papers rather than their Israeli passports.

Word that Israel was relaxing its stance on the law for travel to Saudi Arabia came on Sunday morning, with Interior Minister Arye Deri issuing the surprise announcement at the weekly cabinet meeting.

Last week, Israeli Prime Minister Binyamin Netanyahu thanked Mohammed al-Issa, secretary-general of the Mecca-based Muslim World League, for leading a group of Muslim clerics to the site of the former Auschwitz concentration camp, set up by the Nazis in Poland during World War II as part of their plan to exterminate world Jewry.

Issa declared in a statement: “I believe that by paying my respects to the victims of Auschwitz, I will encourage Muslims and non-Muslims to embrace mutual respect, understanding and diversity.”

Last year, Saudi Arabia launched a visa regime for 49 countries – but Israel was not among them.

The visa program is part of Saudi Vision 2030, a plan introduced by Crown Prince Mohammed bin Salman, Saudi Arabia’s de facto leader, to reduce the kingdom’s dependence on oil. The development of tourism is a major part of the plan.

Saleem Shalatah, an official with the hajj and umrah commission in Israel, told The Media Line that Sunday’s Israeli announcement will have no effect on Muslim pilgrims, adding that his organization had not been consulted on the matter.

“We don’t involve ourselves with politics; we are purely a religious organization,” he explained, although he ventured a guess that the move indicated Israel no longer considers Saudi Arabia an “enemy state.”

Under the new Interior Ministry directive, citizens can now travel to the kingdom for purposes of business ventures as long as they can demonstrate that they hold an invitation from a Saudi host, as well as an official Saudi visa.

And therein lies the rub: Riyadh apparently has changed none of its policies on granting entry to non-pilgrims.

Mark Feldman, CEO of the Jerusalem-based travel agency Ziontours and a leading Israeli travel agent, told The Media Line that the relaxation of Israeli restrictions was timed to coincide with the pending release of details surrounding the Trump Administration’s peace plan for Israel and the Palestinians, under which Riyadh has pledged to contribute millions of dollars to boost the Palestinian economy.

Feldman – who says he has never knowingly helped an Israeli citizen get around laws concerning travel to Saudi Arabia – called it “1,000% a political move” on Israel’s part.

Felice Friedson and Steven Ganot contributed to this report.