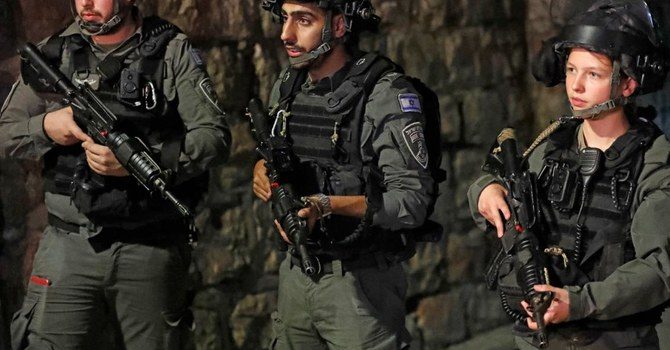 Sheikh Jarrah1
JERUSALEM: Israeli officers arrested a young woman after a Wednesday stabbing in a tense neighborhood of annexed east Jerusalem, police said. “In the last... 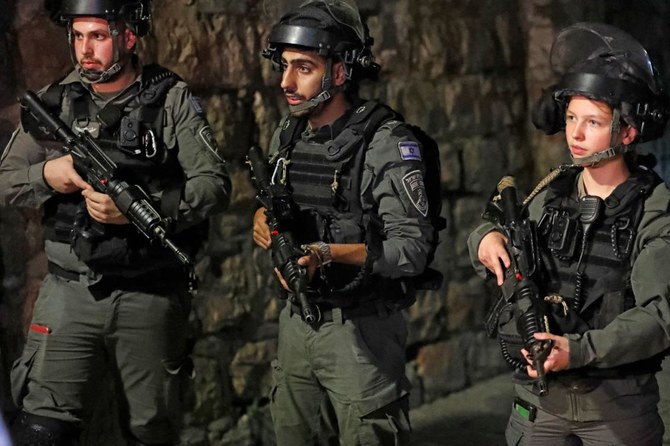 JERUSALEM: Israeli officers arrested a young woman after a Wednesday stabbing in a tense neighborhood of annexed east Jerusalem, police said.
“In the last few minutes, police forces arrested a suspect, a minor, who was located by the police inside an educational institution near the scene of the incident,” police said.

The victim, 26, was taken to hospital after the knife attack on the road into the flashpoint neighborhood of Sheikh Jarrah and was being treated for “mild” injuries, police said.

Police deployed helicopters as part of a massive manhunt following the 7:30 am (0530 GMT) stabbing.
Sheikh Jarrah has been hit by waves of unrest linked to the Israeli-Palestinian conflict.

The neighborhood is home to at least seven Palestinian families who have been waiting for a Israeli legal ruling on whether they must surrender their homes to Jewish settlers in a case that exploded into armed conflict in and around Gaza in May.

There have been sporadic attacks on Israeli targets in east Jerusalem and the occupied West Bank in recent months, most of them carried out by lone wolf assailants apparently unconnected to established Palestinian militant groups.

A Palestinian teenager rammed his car into an Israeli checkpoint in the West Bank early Monday before being shot dead by a security guard, officials said.

On Saturday, a Palestinian assailant stabbed an Israeli civilian and attempted to attack police near the Damascus Gate entry to east Jerusalem’s Old City.

The assailant was shot dead by officers, who appeared to fire on the suspect after he was on the ground, stirring debate about excessive force.
Israeli authorities have insisted the officers acted appropriately.

Last month, a civilian was killed and three people wounded when a Palestinian opened fire in the Old City in a rare gun attack by a militant of Palestinian Islamist group Hamas, which controls the Gaza Strip.

Israel occupied east Jerusalem in the Six-Day War of 1967 and later annexed it in a move never recognized by the international community.
The Palestinians claim the city’s eastern sector as the capital of their future state.