Israel has reduced the offshore fishing restriction it imposes for vessels off the Gaza shore under the pretext of an alleged rocket fire from... 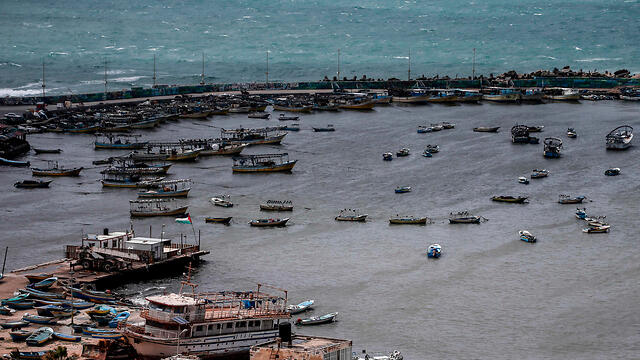 Israel has reduced the offshore fishing restriction it imposes for vessels off the Gaza shore under the pretext of an alleged rocket fire from the blockaded coastal enclave.

The Coordinator of Government Activities in the Territories (COGAT), a unit in Israel’s ministry of military affairs that oversees civil matters in the Palestinian territories, announced on Tuesday that Tel Aviv had scaled back Gaza’s permitted fishing zone from 15 nautical miles to six “until further notice.”

A COGAT spokeswoman said that the decision was taken following what it called a rocket launch from Gaza late on Monday.

Meanwhile, Israeli army spokesman Brigadier General Ronen Manelis claimed that the Palestinian Islamic Jihad movement had “intentionally fired” the rocket from the northern Gaza Strip in an effort to derail ongoing efforts to maintain a ceasefire in the coastal sliver.

Additionally, an Israeli military spokeswoman said the rocket fired from Gaza had fallen into the Mediterranean, a few kilometers off the coast of the occupied lands.

The Tel Aviv regime extended the fishing limit to 15 nautical miles in some areas from April 1 as part of a package of measures meant to reduce a flare-up of violence with the Hamas resistance movement ahead of the April 9 Israeli general election.

Israel carries out regular attacks on the Gaza Strip under the pretext of hitting positions belonging to Hamas.

The territory has been under a crippling siege by Israel since 2007 and witnessed three wars since 2008.

It has also witnessed tensions since March 30, 2018 which marked the start of the Return protests, with participants demanding the right to return for those driven out of their homeland.

The Gaza violence has so far left over 240 Palestinians dead and more than 230,000 others wounded, according to the Gaza Health Ministry.