Israel said it carried out airstrikes early on Wednesday against Iranian forces near the Syrian capital, in response to an Iranian attack on Israel... 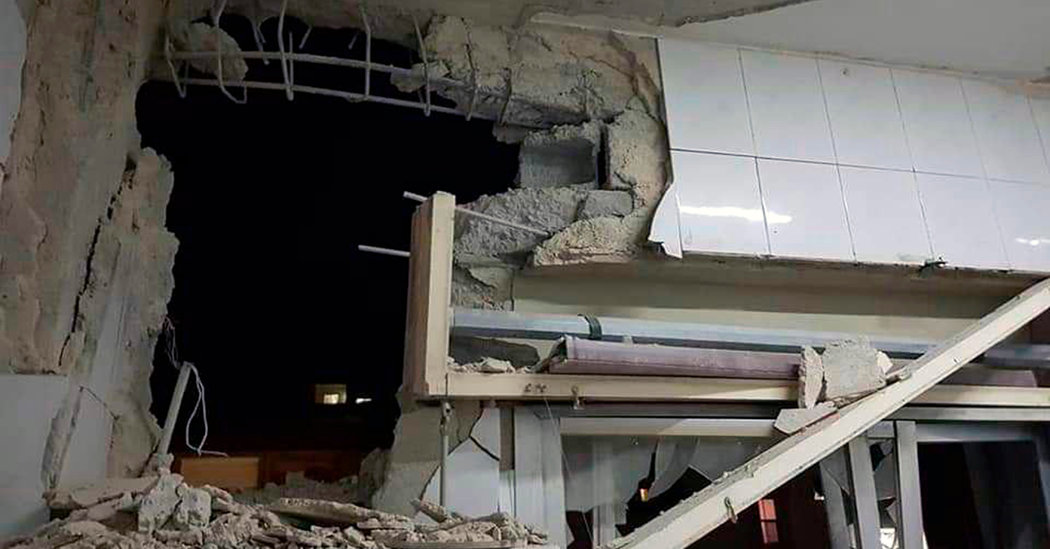 Israel said it carried out airstrikes early on Wednesday against Iranian forces near the Syrian capital, in response to an Iranian attack on Israel a day earlier, potentially escalating tensions along Israel’s northeastern border. The strikes killed at least 11 people, according to a rights monitoring group.

The Israel Defense Forces said in a statement that the strikes in Damascus were focused on Iranian and Syrian “terror targets,” and noted that a Syrian air defense missile had been fired in retaliation “despite clear warnings to refrain from such fire.”

“As a result, a number of Syrian aerial defense batteries were destroyed,” the statement read.

There have been sporadic flare-ups across the old Israeli-Syrian armistice line between Israel and Syrian and Iranian forces based in neighboring Syria, as Iranian influence has grown in the war-torn nation.

On Tuesday, four rockets were launched from Syrian territory toward the Israeli-controlled Golan Heights but caused no injuries, according to the Israeli military.

Prime Minister Benjamin Netanyahu of Israel said on Wednesday that the strikes had been intended to hit military sites of the Iranian Quds Force and Syrian military targets “after a barrage of rockets was launched at Israel.”

“I have made it clear that whoever hurts us — we will hurt him,” Mr. Netanyahu said. “We will continue to vigorously maintain the security of Israel.”

Benny Gantz, the leader of the Blue and White Party whois trying to beat a midnight Wednesday deadline to form a new government, issued a statement affirming his support of the strikes, despite the country’s fraught internal politics.

“We must maintain and strengthen deterrence on all fronts,” he said on Twitter. Even in an agitated political period, he said, he would support any responsible government action “to strengthen the security of Israeli citizens.”

The British-based Syrian Observatory for Human Rights, which monitors casualties from the war in Syria, said that of the 11 people killed on Wednesday, seven were believed to be foreigners. One woman was injured by shrapnel.

The Syrian state-run news outlet SANA reported that two civilians were among the dead, though that information could not be independently confirmed.

The monitoring group said the strikes were carried out around 1:30 a.m. and targeted weapons warehouses belonging to the Quds Force in two Damascus suburbs and other locations, including the Mezzeh air base.

The Quds Force is the branch of Iran’s Islamic Revolutionary Guards Corps responsible for foreign operations. It has had a growing presence in Syria, supporting the government of President Bashar al-Assad in the country’s yearslong civil war.

“We will continue operating firmly and for as long as necessary against the Iranian entrenchment in Syria,” it said.