Israel is marking its 71st Independence Day, known as Yom Ha’atzma’ut in Hebrew. The day commemorates the Hebrew date of the Israeli Declaration of... 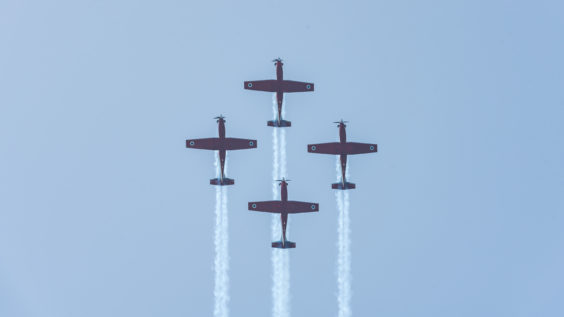 Israel is marking its 71st Independence Day, known as Yom Ha’atzma’ut in Hebrew. The day commemorates the Hebrew date of the Israeli Declaration of Independence and official establishment of the state on May 14, 1948. Each year, the holiday begins the preceding evening, following the conclusion of Memorial Day, with an impressive official ceremony on Mount Herzl in Jerusalem. People who have made a significant contribution to a selected area of society are invited to light 12 torches, one for each of the ancient Tribes of Israel. During the course of the evening, cities, towns and small communities hold performances and fireworks displays, and local residents sing and dance in the streets. The following day, pilots from the Israel Air Force salute citizens by flying the skies of the entire country. Outstanding soldiers are recognized by the president. The annual International Bible Contest offers young students from around the world a chance to display their knowledge of ancient texts. Finally, the day, in which families and friends gather for picnics and barbecues, comes to a close with the awarding of the Israel Prize to Israelis who have led their professional field, whether in the realm of science or literature or any other important endeavor, or have made a significant contribution to strengthening the foundations of society.