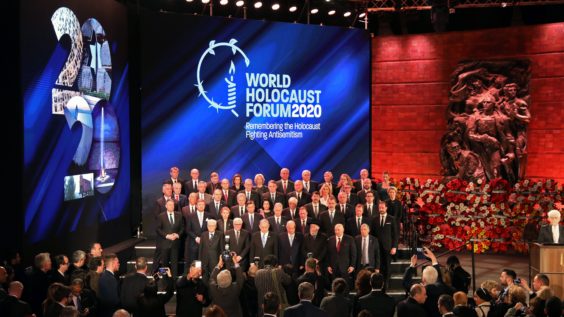 This post was originally published on this site Over 800 cyber-attacks targeting the aircraft of world leaders and aviation-related infrastructure in Israel were foiled...

Over 800 cyber-attacks targeting the aircraft of world leaders and aviation-related infrastructure in Israel were foiled by security services ahead of last Thursday’s Fifth World Holocaust Forum in Jerusalem. According to Israeli media, the attacks were launched from Iran, North Korea, China, Russia and Poland, and “were aimed at disrupting the flight paths of more than 60 planes carrying heads of state, kings and presidents.” Officials cited in the reports said that all attempts to sabotage the event – which commemorated the 75th anniversary of the liberation by Soviet forces of the Nazi-run Auschwitz death camp in then-occupied Poland– had been thwarted. Global leaders from some 60 countries, including Israeli President Reuven Rivlin, are attending a ceremony on Monday on the site of the former extermination camp, where some 1.1 million people, the vast majority of them Jews, were slaughtered during World War II. Auschwitz was liberated on January 27, 1945, the date on the Gregorian calendar chosen to mark International Holocaust Remembrance Day.