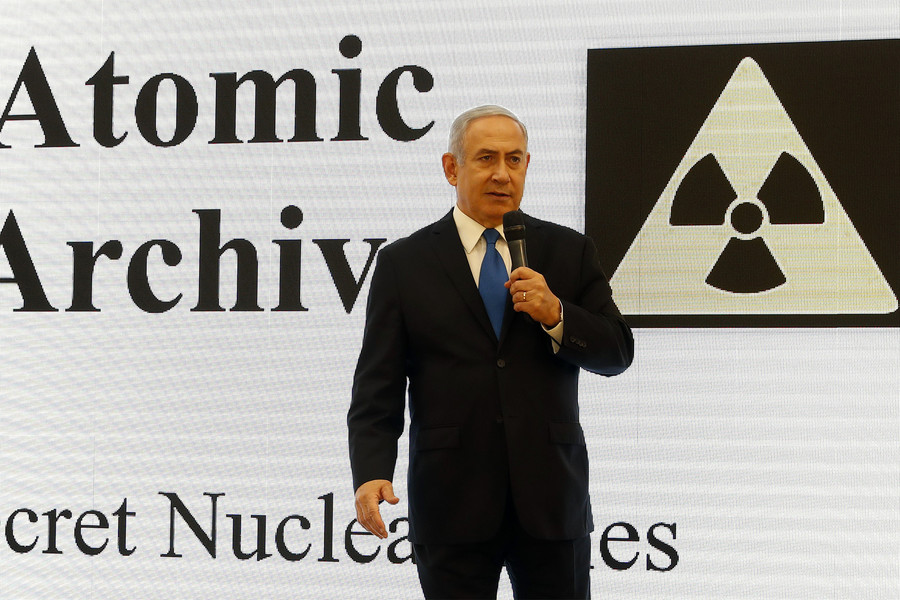 Prime Minister Binyamin Netanyahu has claimed that Israel exposed a previously unknown Iranian nuclear facility located near Isfahan. In a press conference Monday night, the premier showed satellite images of the site taken in June, and followed with pictures of Iran’s alleged attempts to destroy the evidence the following month after it was uncovered. “Israel knows what you are doing, Israel knows when you are doing it, Israel knows where you are doing it,” Netanyahu said, adding that, “what you see is a consistent pattern of Iranian lies, deception and violations.” The apparent revelation came on the same day that United Nations nuclear inspectors found traces of uranium at a “secret atomic warehouse” in Tehran that Netanyahu exposed last year following a Mossad operation that recovered thousands of atomic-related documents. In his latest speech, Netanyahu said that countries needed to “wake up… [and] join [US] President [Donald] Trump’s sanctions to exert more pressure on Iran.”