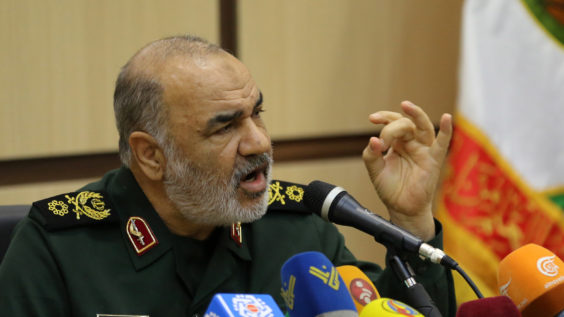 Iran’s semi-official Tasnim news agency says the country’s Islamic Revolutionary Guard Corps (IRGC) has struck out at Kurdish militia units in retaliation for recent deadly attacks against the IRGC. The Iranian operation is said to have begun on Wednesday, targeting “terrorist headquarters” and “training camps” with missiles and drones. The report, in Farsi, mentioned the border between Iran and Iraq although without saying which side of the border the Kurds were on. In an Arabic-language dispatch, Tasnim said they were on the Iraqi side. The report included a statement issued by the IRGC saying: “The Iraqi Kurdistan government is expected to take Iran’s warnings seriously and not allow terrorists to use its territory as a shelter to train, organize and endanger Iran’s sustainable security by carrying out terrorist attacks.” Baghdad has denied the Kurds autonomy, and the Kurds seem to have accepted this fact after years of political agitation and occasional militia strikes. Iraq, with its Shi’ite majority, is seen as having embarked on a path designed to strengthen its ties with Iran, another Shi’ite-majority nation.