Is The North Korea-US Relations Related to Russia?

After entering the White House in 2017, President Donald Trump was expected to reject all conventional thinking concerning North Korea. To Trump’s credit, he... 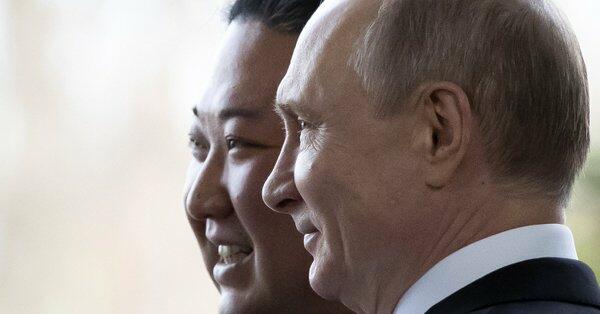 After entering the White House in 2017, President Donald Trump was expected to reject all conventional thinking concerning North Korea. To Trump’s credit, he has met face-to-face with Kim Jong Un, first in Singapore (June 2018) and again in Vietnam (February 2019).

As no past US president has met with a head-of-state from the Democratic People’s Republic of Korea (DPRK), these meetings broke new ground in bilateral relations. Additionally, Trump’s administration has also taken measures to communicate to Pyongyang that Washington is committed to compromise in pursuit of bolstering diplomacy, including the suspension of joint military exercises with South Korea.

Unsurprisingly, however, this last Trump-Kim summit, held in Hanoi, ended with no significant progress. The DPRK leader refused to give up his country’s most valuable card (its nuclear deterrence against an American military attack) without Washington first providing concessions to Pyongyang.

Put simply, as this year’s Hanoi summit underscored, Trump fell back on Washington’s traditional approaches to dealing with Pyongyang, refusing to lift sanctions until the DPRK’s nuclear arsenal is fully dismantled.

Another factor that made it a “failed summit” pertains to US-Iran relations. Trump’s decision in May 2018 to pull the US out of the Iranian nuclear deal further eroded any trust that North Korea—as well as basically any adversary of the US—could possibly have in Washington, especially with Trump in the Oval Office, when it comes to this idea of reaching a nuclear deal.

This month, in the aftermath of the derailed Hanoi summit, Kim travelled to Vladivostok, Russia for another summit. While in this Pacific port city, located near the Russian-North Korean border, Kim met with Vladimir Putin and was hosted by Far East Development Minister Alexander Kozlov. The North Korean leader voiced his frustration with Trump to Putin, accusing the American president of negotiating in bad faith in Hanoi.

The DPRK’s head of state left Russia without Moscow and Pyongyang issuing an official statement or signing agreements. In contrast to US leadership, which made a major mistake in setting high expectations for both the Singapore and Hanoi summits, Moscow wisely kept expectations low and outsider observers wondering.

Nonetheless, the brief visit was rich in symbolism. Before returning to the DPRK, Kim had lunch with Primorye Governor Oleg Kozhemyako at a restaurant that Kim Jong Il visited during his historic 2002 visit to Russia. Indeed, the strong historical links between Moscow and North Korea, which itself was one of Joseph Stalin’s Communist inventions, are deeply rooted in the Cold War.

While the implosion of the Soviet Union cost Pyongyang a close ally in the 1990s, the Russian Federation seems to be slowly returning to its historic friend and Far East neighbour.

Doubtless, Western governments currently have concerns about a reinvigorated relationship between Putin and Kim resulting in Russian defence deals with Pyongyang that could enhance North Korea’s military capabilities, including on the nuclear front.

Many analysts sought to portray the Russian leadership as seeking to derail Washington’s efforts to reach a deal with Pyongyang. Trump quickly welcomed Kim’s meeting with Putin, stating that it signalled Moscow’s intent to help, not hinder, his administration’s pursuits of denuclearisation of the DPRK.

Regardless of what Putin might be attempting vis-a-vis the Trump administration’s North Korea agenda, it seems logical for Moscow to assert its influence over Pyongyang and remind all parties that Russia is a major stakeholder in Korean Peninsula security.

Russia, which borders North Korea, naturally has major interests in thwarting any military conflict involving the DPRK given that the Hermit Kingdom is a nuclear-armed state.

When tensions between the US and the DPRK increased to a perilous degree in 2017 at the time of Trump’s “fire and fury” rhetoric, Putin’s government sought to position itself as the party most capable of pushing all sides toward de-escalation. Moscow urged Pyongyang officials to come to the roundtable with a sincere willingness to make concessions to North Korea’s adversaries.

Last year, however, when Trump and Kim had their historic meeting in Singapore, Moscow’s perceived ability to play this role seemed to have suffered a hit. Now, considering the failure of the Hanoi summit to bring the DPRK and US closer to a deal, Putin sees Russia as having an invaluable opportunity to re-position itself as the bridge between Pyongyang and the rest of the world.

Materially, there appears to be quite little. Russia trades a small fraction with North Korea what China does, and Moscow seems quite limited at the UN Security Council in terms of what it can achieve in that body on Pyongyang’s behalf given that the US maintains its veto authority as a permanent member.

Most realistically, what Kim accomplished by going to Vladivostok was signal how the DPRK’s partnerships are diverse enough to give North Korea options beyond China. With the Trump administration and Pyongyang remain in a stalemate, the Kim-Putin summit likely gave North Korea the confidence in standing strong without making concessions to the US.

President Donald Trump’s historic attempt to reach out to the DPRK for a legacy-building victory has inadvertently brought the Hermit Kingdom out of hibernation and has counter-intuitively raised Kim Jong Un’s international standing.

Indeed, over the past years, Moscow-Pyongyang ties have significantly improved, perhaps resulting in the North Korean leadership seeing Putin as the DPRK’s last best hope. Against the backdrop of chilling relations with China and no watershed deal reached with the US under Trump’s watch, it is geopolitically logical for North Korea to invest in closer ties with Russia.

In the grander picture, a continued impasse between Pyongyang and Washington on the nuclear issue accompanying a stronger partnership between the DPRK and the Kremlin will make the Korean Peninsula—along with Syria, Venezuela, and Ukraine—a major flashpoint in America and Russia’s competition for global power in an increasingly multipolar world.

That said, the issue of North Korea’s nuclear arsenal also has the potential to bring the US and Russia together, leading to badly-needed cooperation between the two powers. Neither Washington nor Moscow wants to see tensions in the Korean Peninsula spiral out of control. If Putin can manage to help Pyongyang and its adversaries de-escalate this standoff, that would be to the advantage of all parties.