Is the 'sugar rush' a myth?

It is common knowledge that consuming a large quantity of sugar can give you a physical and psychological high. A recent analysis concludes that,... 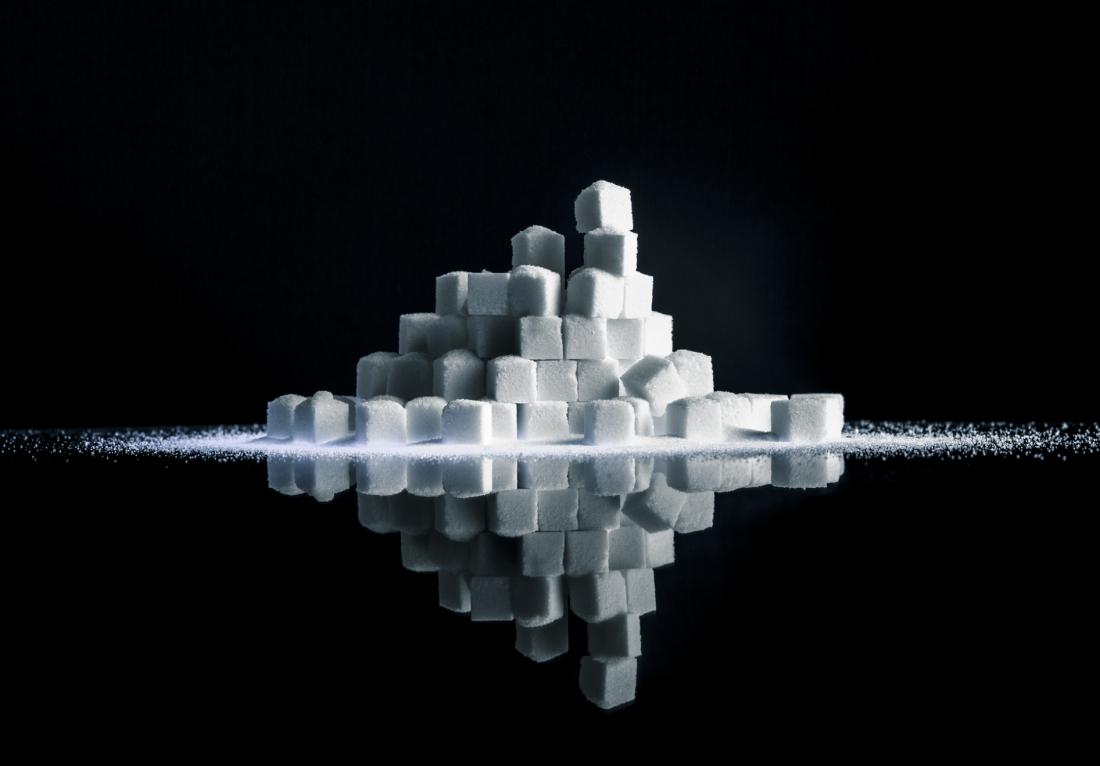 Does sugar really give us a psychological boost?

It will have escaped nobody’s attention that sugar consumption across the United States has skyrocketed.

In particular, sugar-sweetened soft drinks have taken off.

From the late 1970s to the early 2000s, energy intake from sugary drinks increased by 135 percent.

A study using data that researchers collected during 1988–1994 and 1999–2000 found that the number one contributor of energy intake for both periods was soft drinks.

Although the causes of obesity are complex, it is not a stretch to imagine that sugar-sweetened beverages play a significant role.

Adverts for sugar-sweetened drinks often infer that they will boost mood and combat fatigue. This claim is likely to influence buyers, so understanding how accurate these claims are is important.

Recently, a number of researchers have looked in more detail at the relationship between sugar and mental health. One study, as an example, concludes that sugar intake seems to harm long-term psychological health.

These types of investigation have reignited public interest in the cognitive effects of sugar intake. However, the results of the research to date are far from conclusive.

A group of researchers recently carried out a meta-analysis with the aim of understanding how acute sugar intake affects mood. The authors explain why they decided to investigate:

“Interestingly, despite researchers not having reached a consensus regarding the exact effects of sugar on mood, it seems that the public strongly believes in the idea that sugar improves mood […] and increases activity levels (especially in children).”

The scientists hail from Humboldt University of Berlin in Germany and from Lancaster University and Warwick University, both in the United Kingdom. They recently published their findings in the journal Neuroscience & Biobehavioral Reviews.

For their analysis, the researchers used data from 31 existing trials. All of these studies met specific criteria. For instance, all of them were randomized control trials that involved healthy adults. They had also all investigated the effects of acute oral administration of carbohydrates as opposed to the long-term effects.

The researchers looked at differences in a range of psychological parameters, including alertness, depression, calmness, fatigue, confusion, tension, and anger. They also looked at the effect of sugar intake after different lengths of time, running separate analyses for the effects at 0–30 minutes, 31–60 minutes, and more than 60 minutes.

Contrary to popular belief, the meta-analysis found no evidence of any changes in mood at any of the time points following carbohydrate ingestion. The authors explain:

“In fact, [sugar] consumption was related to decreased alertness and higher levels of fatigue within the first hour post-ingestion.”

One of the authors, Prof. Elizabeth Maylor from the University of Warwick, says, “We hope that our findings will go a long way to dispel the myth of the ‘sugar rush’ and inform public health policies to decrease sugar consumption.”

Although the results are interesting in their own right, they also have wider implications for society. The way in which we perceive food items heavily influences our food choices. Another one of the authors, Dr. Sandra Sünram-Lea, says:

“The rise in obesity, diabetes, and metabolic syndrome in recent years highlights the need for evidence-based dietary strategies to promote healthy lifestyle across the lifespan. Our findings indicate that sugary drinks or snacks do not provide a quick ‘fuel refill’ to make us feel more alert.”

The researchers outline some limitations to their study. For instance, they focused on the effect of acute sugar consumption in healthy adults, but they note that the response could be different in people with existing health conditions as well as in children.

It is also possible that individuals with mood disorders might be more sensitive to carbohydrates. The authors call for further research involving these populations.

The complexity of food

The current meta-analysis looks at carbohydrates in isolation and does not consider other ingredients, but the authors note, “In recent years, […] research has also focused on the synergistic effects of [sugar] with other psychoactive constituents, such as caffeine.”

In their current study, the researchers set out to understand the effects of sugar alone, but they note, “it would be interesting to discover whether [sugar] interactions with other nutrients could more prominently affect mood and emotionality.”

As sugar-sweetened beverages are a complex cocktail of ingredients, unpicking the effect of each separate component is a huge task. Each type of beverage has a different collection of chemicals, many of which theoretically have the potential to interact with sugar.

Overall, the authors conclude that the “sugar rush” is a myth and that, if anything, a sugary snack is likely to lower mood and make us feel more tired. However, they also make it clear that more work is necessary to understand how sugar affects different groups of people and how it interacts with other ingredients.