Is Mali the Next Hotbed for Global Terrorism? 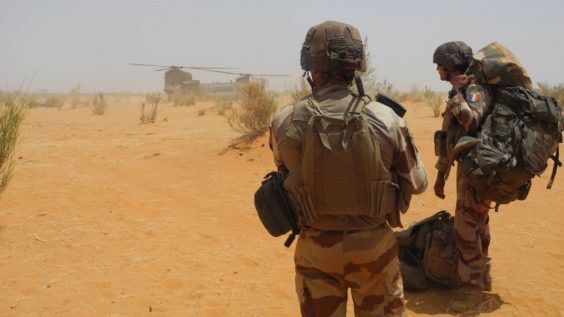 On Saturday, March 23, two villages in central Mali, home to the Fulani tribes, witnessed a horrific massacre of more than 100 people, described as the bloodiest event in the nation’s history. Authorities are still discovering more bodies in the wake of an attack by groups of unknown insurgents. Mali has long suffered from political and social turmoil, the spread of armed terrorist groups and ideologies, and political rivalries between competing tribes. In the wake of this chaos, the country has become a hotbed for Al-Qaida militants who discovered the remote geographies of the Sahel and Sahara as fertile breeding grounds for their activity. There, the terror organization has been able to recruit unemployed youth looking for any source of income. Mali has been suffering for more than seven years from a political and security crisis and tribal conflict. France intervened with its military forces to confront extremist armed groups and suffered a number of deaths in military operations in various parts of the country. The city of Gao in the North has been the scene of many suicide bombings that have led to hundreds of civilian deaths. The weakness of the country, which has suffered from military coups and global volatility, has made it a vicious circle of instability and the spread of extremism in the Sahel and Sahara. The country has become home to extremists ranging from Boko Haram to Islamic State. These fundamentalists have capitalized on the rural population’s deep-seated religious belief to promote extremist Islamic discourse. The lack of water, food and the absence of security have only served to empower radical movements that promise a better future for those living in the desert, especially the youth. The Sahel and Sahara region are under true risk of becoming the next global source of terrorists. What is happening in Mali represents a grave threat to international security. The western world must develop a comprehensive military and economic program to fight the danger extending from central Africa to both the northern and western part of the continent. While the African Union has been working for years to establish a military intervention force in areas of tension and conflict, it lacks the resources necessary to tackle the problem. The most terrifying question is, will the Sahel-Sahara region be the land to which thousands of terrorists fleeing Iraq and Syria are headed? Will Mali become the next Afghanistan or, even worse, the next Syria? There is certainly reason to fear so. – Abd al-Rahman Shalgham (translated by Asaf Zilberfarb)