Is creating the biggest packaging company worth the $7b price?

He says the scheme document highlights the extent to which acquiring Bemis will dilute Amcor’s returns.

“This raises valid questions about the long-term growth outlook (are earnings as robust as believed?) and the extent and longevity of the return on funds employed (ROFE) dilution,” Johnson says.

Amcor had enjoyed an improvement on its return on capital from around 10 per cent to 20 percent in the 10 years up to 2015.

“The doubling of ROFE between financial year 2009 and 2016 was the primary reason for the significant re-rating that the share price enjoyed over this period,” Johnson notes.

The merger documents suggest that the return on capital may fall 600 basis points (6 percentage points) following the takeover. 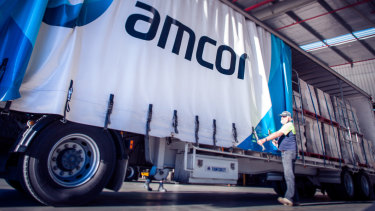 Amcor’s share price previously traded at a premium not only to its peers in packaging but to the big multinational consumer companies that are its customers.

Johnson says this is underscored by the fact that the new long-term incentive scheme for executives has a new, lower return on capital hurdle – it has fallen from 18 per cent to 12 per cent. (Having said that, the long-term hurdles for earnings per share growth will rise a little.)

It’s a mark that can be hit if the returns on the Bemis assets are only 5 or 6 per cent, Johnson says.

“Bemis materially dilutes Amcor’s return on equity and return on capital employed,” he says, adding that as it doesn’t bring any underlying structural market change, it could be argued that returns have been permanently diluted.

All this raises the question of whether allowing the high-water marks on capital returns to fall creates a slippery slope. And if there are question marks over the commitment to capital discipline it adds an element of risk to future performance and the share price.

Amcor’s share price previously traded at a premium not only to its peers in packaging but to the big multinational consumer companies that are its customers.

Another flag that Johnson raises in his report are the structural headwinds within the consumer packaging industry – brought about by mature markets and changing consumer preferences.

And then there is the real threat posed by environmental concerns and sustainability, which will likely undermine long-term plastic packaging demand trends.

Johnson quotes Frank Mars, a director of Mars Inc (owner of Snickers, Uncle Ben’s, Pedigree, M&M’s etc), who said earlier this year: “We might need to go backwards in time on our packaging, to packaging that we grew up with as kids, which is more paper based.”

The acquisition of Bemis will materially increase Amcor’s exposure to single-use plastics.

Johnson is not a lone wolf in questioning the wisdom of the Bemis acquisition, but the company has more buy and hold recommendations in the mix.

Indeed, Amcor’s share price tumbled along with the market towards the end of 2018 but has recovered fully in 2019 alongside the broader market.

It is also probably fair to say that since its main listing will be in the US following the completion of the Bemis deal, it has not attracted the intense interest from Australian analysts that a deal of this size normally would.

The counter view to CLSA’s position on Amcor’s financial challenges is that the size of the new, expanded Amcor would also offer opportunities.

Being the largest in the world will give it powerful leverage with its customers, suppliers and potentially its pricing. Being big has its benefits.

Proponents of the deal also point to synergies, which, while likely, are never bankable until they are achieved.

In any event, independent expert KPMG gave the deal a tick of approval.

All that is needed now is the seal of approval by US authorities and, of course, a vote in favour from both sets of shareholders.

Elizabeth Knight comments on companies, markets and the economy.