Iraqi Parliamentarians Demands US Troops Should Leave After ‘Israeli’ Attacks

What’s being described as a powerful bloc of Iraqi parliamentarians is demanding that the US withdraw its Iraq-based troops after several mysterious attacks against... 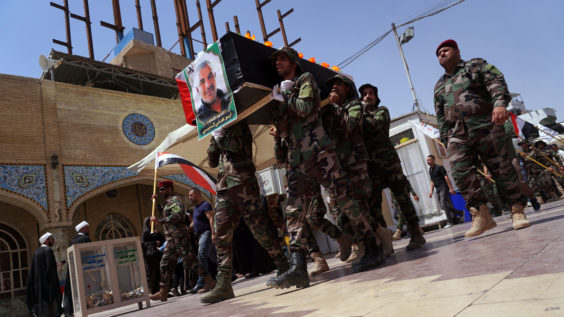 What’s being described as a powerful bloc of Iraqi parliamentarians is demanding that the US withdraw its Iraq-based troops after several mysterious attacks against pro-Iran militias that have been blamed on Israel. The so-called Fatah Coalition represents a widespread population of Shi’ite fighters who have declared their allegiance to Iran, and which the Iraqi government has been trying to integrate into its official armed forces. In a statement issued on Monday, the bloc called the attacks “a declaration of war on Iraq and its people” and claimed the US had given Israel a green light to conduct them. Israel has issued no statements in regard to numerous explosions at Iraqi bases used by the Popular Mobilization Forces although an unnamed US official has been quoted as saying that it was responsible for at least one. The attacks began several weeks ago and apparently have come from the air. Israel has loudly stated that it will not let Tehran gain a foothold in territories close to its border and has taken responsibility for numerous strikes against Iranian assets in neighboring Syria, where Iran and its proxies have been assisting President Bashar al-Assad regain control following more than eight years of civil war.