Iraqi Corruption Between Yesterday and Today 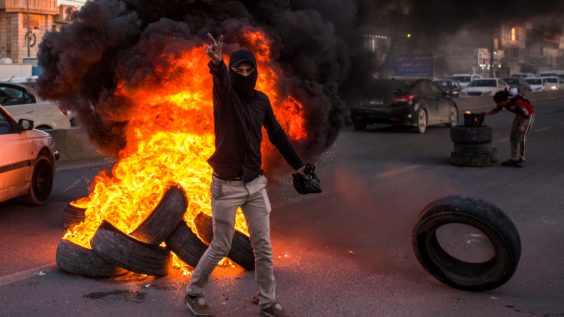 Many Iraqis today return to the writings of Hanna Batatu, Maruf al-Rusafi, Ali Al-Wardi, Badr Shakir Al-Sayyab, King Faisal, Noureddine Al-Said and their likes. These were renowned poets, critics, novelists and political leaders who played a fundamental role in Iraq’s long history. While studying the texts produced by these great thinkers should be lauded, it also serves as a form of escapism. Looking into the rich lives of these historical figures helps one evade the gloom surrounding us today in Iraq’s political system. Unlike the giants who helped build Iraq, today’s politicians don’t care about the Iraqi homeland. Instead, they are obsessed with their power, their money and their prestige. Like a suffering patient in need of painkillers, Iraqis today find themselves returning to their past in search of stories of integrity, honesty, patriotism, honor and dignity. Truthfully, however, these past eras were not free of corruption. In his memoirs, for example, Abdul Aziz Al Qassab, who served as prime minister in 1926, recalls many instances of embezzlement and bribery during the days of Ottoman rule, the British Mandate and even during the era of Iraqi independence. The difference is that today’s corruption has become public. People are no longer ashamed of it. Iraq’s government ministries are tight-knit cliques of corrupt men and their cronies. The same is true of the Iraqi military leadership and even the Iraqi private sector: banks, investment institutions and trade unions. All of these serve the interests of strongmen located outside Iraq’s borders, not the interests of the average Iraqi citizen. Iraq’s elected officials no longer pretend to care about their public; they unashamedly abandoned their people in their quest for money and personal influence abroad. – Ibrahim Al-Zubaidi (translated by Asaf Zilberfarb)