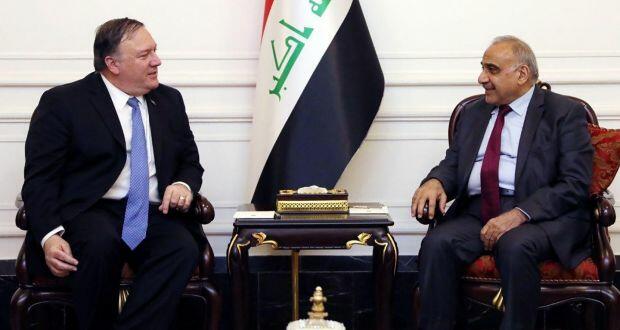 Iraq said it will send delegations to Washington and Tehran to de-escalate tensions between the United States and Iran.

“We will send delegations within the coming days to the different capitals of the countries involved, especially Tehran and Washington, to attempt to push for de-escalation and reach agreements, because all sides say they don’t want war,” Iraqi Prime Minister Adel Abdul Mahdi said Tuesday, Rudaw reported.

Tensions between the United States and Iran have been surging since President Donald Trump canceled temporary waivers permitting countries, including Iraq, Turkey, Japan and China to purchase Iranian oil without violating U.S. sanctions.

In response, Iranian President Hassan Rouhani declared May 8 that his country would partially stop complying with a landmark nuclear deal signed in 2015 if it is not compensated for the canceled waiver program. Trump had wholly pulled out of the multi-country nuclear deal last year, saying it was “defective at its core.”

On Tuesday, U.S. think tank on Middle East policy The Washington Institute said there have been eight “Iranian proxy attacks” against U.S. personnel including military and diplomats under the Trump administration.

The most recent aggression occurred May 19 when Iraqi Shia militia members allegedly fired a rocket toward the Baghdad’s International Zone, landing half a mile away from the U.S. embassy.

As a close ally to both the United States and Iran, Iraq should play the role as mediator, especially since no other country would be greater affected by conflict between the two countries, Abdul Mahdi said.

“This is our national duty,” Abdul Mahdi said. “This is our responsibility in defending, in protecting, Iraq and its people.”

The announcement came two weeks after U.S. Secretary of State Mike Pompeo made an unannounced trip to Iraq to meet with leaders in response to Iran “escalating their activity,” he said.

Abdul Mahdi said there are those who want to inflame the situation, but Iraq is not one of them.