BAGHDAD — More than a dozen military and police commanders in Iraq will be removed from their posts and face prosecution on accusations of... 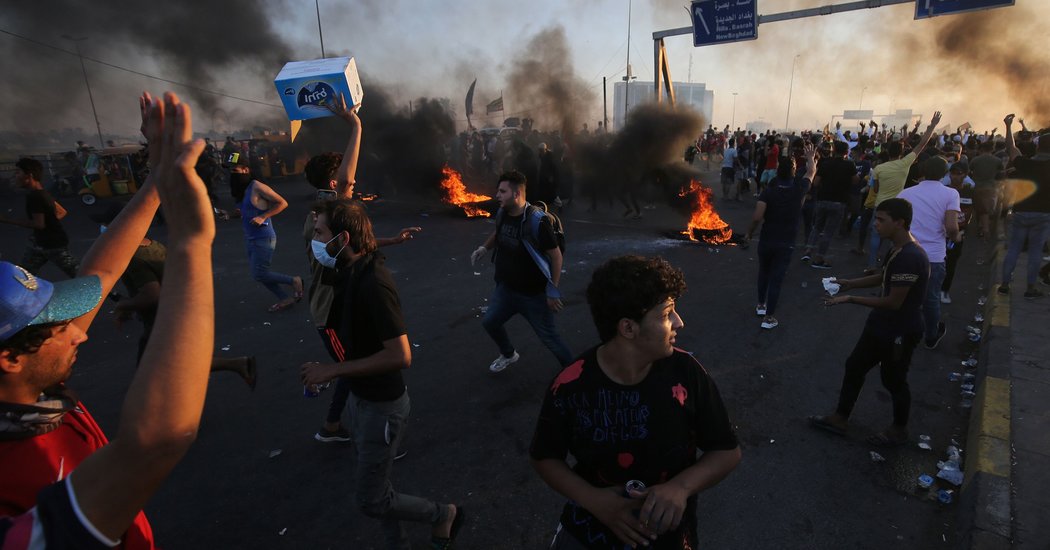 BAGHDAD — More than a dozen military and police commanders in Iraq will be removed from their posts and face prosecution on accusations of allowing their troops to shoot demonstrators at mass protests this month without an order from the prime minister’s office, the government announced on Tuesday.

During five days of protests in the first week of October, at least 107 civilians were killed and 3,458 others wounded, an official report found. The report also said that four members of the security forces had been killed and 363 others wounded. The overwhelming majority of the protesters were unarmed.

The action taken by Adel Abdul Mahdi, Iraq’s prime minister, is the sharpest rebuke of military excess at any time in recent years and the language of the announcement was strikingly clear and strong.

At least four generals whose operations were in Baghdad were among those referred for prosecution as well as the police commanders of at least five provinces south of Baghdad where protesters were shot, including Babil, Dhi Qar, Muthanna, Najaf and Qadisiya. Intelligence chiefs whose officers were working close to areas where there were snipers or forces shooting at protesters will also be referred to the court.

All of those named will be removed from their jobs, according to the government’s announcement.

Mr. Mahdi chose to move forward with court referrals after receiving a 46-page report on Monday from a special investigative committee that he appointed in consultation with the ministers of defense, interior and planning as well as representatives of the Judiciary Council and the Iraqi Independent Human Rights Commission, among others.

Mr. Mahdi and his supporters apparently hope to prove to the demonstrators — and to the many more Iraqis who did not demonstrate but who agreed with those who did — that the government has the ability to hold accountable those in its own ranks who violate orders or who flout the authority of the state.

They also want to signal that they have heard protesters’ accusations that there is corruption at the highest levels of the government and that powerful people within it behave with impunity.

Whether the moves, along with proposals to hire thousands of young people and create low-cost housing opportunities, will be enough is not yet clear.

More demonstrations have been called for Friday.

Also under investigation is who gave orders for security forces to enter several television stations in Baghdad and destroy computers and filming equipment and in some cases beat up the journalists there.