Iraq Parliament to Convene Amid UN Mediation Efforts Over Crisis

Iraq has been rocked by weeks of protests in Baghdad (pictured) and a host of southern cities The president of Iraq’s... 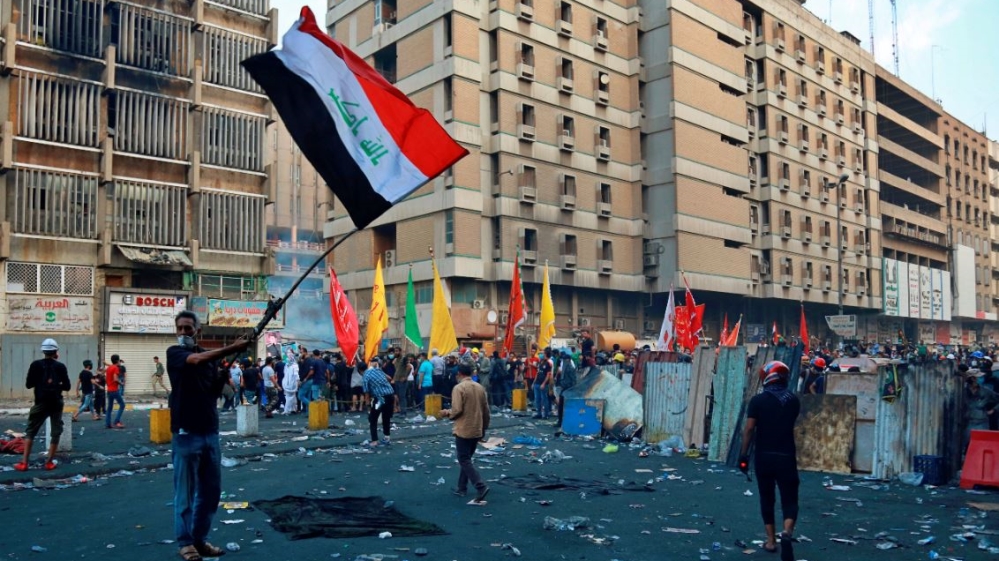 The president of Iraq’s semi-autonomous Kurdish region has headed to Baghdad for discussions with top officials, just hours before Parliament was due to convene to discuss demands after weeks of anti-establishment protests.

Jeanine Hennis-Plasschaert, the head of the United Nations mission in Iraq (UNAMI), was also scheduled to attend the meeting at Parliament.

She will address the main political blocs and brief legislators on her recent meetings with factions of the Iraqi society, including the country’s top Shia religious authority Grand Ayatollah Ali al-Sistani.

Al-Sistani has backed a UN plan to get out of the crisis, which includes electoral reforms and anti-corruption measures within two weeks, followed by constitutional amendments and legislation on infrastructure within three months.

The 89-year-old Muslim leader said protesters “cannot go home without sufficient reforms” but also expressed fears that authorities were “not serious” about enacting them.

Since early October, protesters in the Iraqi capital and several southern cities have been taking to the streets, protesting against Iraq’s entire ruling class and calling for the overhaul of a quota-based system established after the 2003 US-led invasion.

More than 300 people have been killed by security forces since the demonstrations began on October 1 – but protesters remain undeterred.

“There is zero sign that the protesters. momentum is being halted in any way,” Al Jazeera’s Natasha Ghoneim, reporting from Baghdad on Wednesday, said.

She added that students and teachers were planning to gather in Tahrir Square, the hub of the demonstrations in Baghdad, later in the day while many government offices in other parts of the country remained closed as people joined demonstrations.

They have rejected government proposals for limited economic reforms and instead called on the country’s political leadership to resign, including Abdul Mahdi.