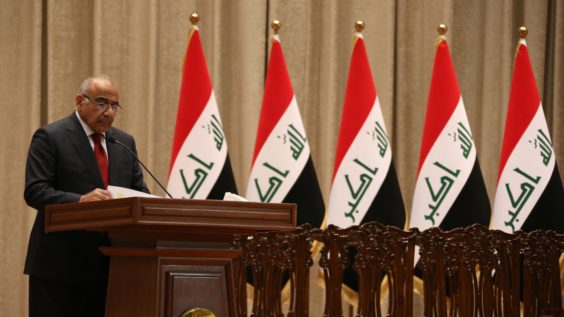 The Iraqi parliament approved the appointment of three cabinet ministers on Monday, ending a months-long political deadlock. Najah al-Shammari, Yaseen al-Yasiri and Faruq Ameen were confirmed as ministers for defense, interior and justice, respectively. The election for the minister of education, the only remaining portfolio, was postponed as the nominee failed to receive enough votes. The three appointments came on the eve of a deadline placed by Shi’ite cleric Moqtada Al-Sadr to fill the vacant ministries. The influential cleric, who boasts a large armed faction and political bloc, had threatened to withdraw his support for Prime Minister Adel Abdul Mahdi’s government if the Iraqi ruler failed to finalize his cabinet within 10 days. Mahdi’s government, originally formed in October with the unfilled ministerial posts, resulted from an agreement between the parliamentary Reform coalition led by Sadr and the pro-Iranian Construction Coalition led by Hadi Al-Amiri. However, the two were at loggerheads over Amiri’s pick for the Interior Ministry, the current national security adviser, whom Sadr alleges is backed by Qassem Solaimani, leader of Iran’s Revolutionary Guards.