Iraqi authorities have lifted a days-long curfew in Baghdad as normalcy returns to the streets of the country’s capital. Reuters reported on Saturday that... 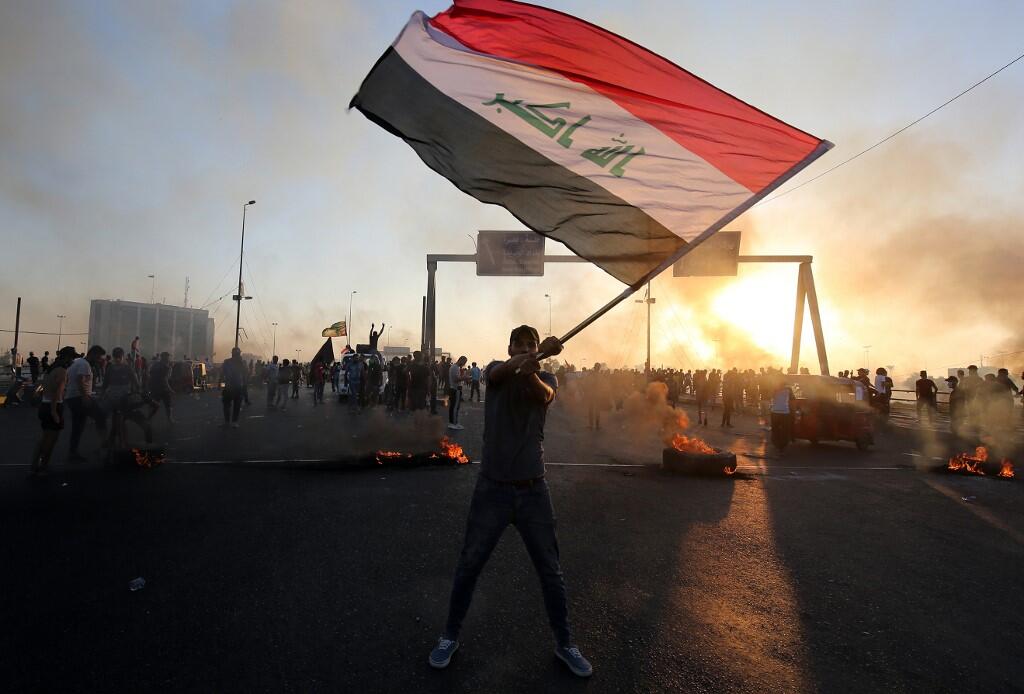 Iraqi authorities have lifted a days-long curfew in Baghdad as normalcy returns to the streets of the country’s capital.

Reuters reported on Saturday that traffic ran as usual in Baghdad, with streets and main squares being otherwise quite.

The country’s National Security Council had issued a statement on Thursday saying that the measure was required to “protect citizens and public and private properties”.

Affirming the demonstrators’ “right to protest”, the council condemned “acts of vandalism that accompanied the protests.”

The curfew came after several days of Iraqi protests against mismanagement and corruption, with certain elements turning to acts of violence.

A number of protesters and security personnel have been killed as a result of the provocations.

On Friday, Iraqi police said in a statement that “unidentified snipers” killed two security forces and two civilians across the capital Baghdad earlier in the day.

Arab media outlets and observes have published reports revealing that the US seeks to drive recent anti-corruption protests in Iraq into chaos in a bid to install a pro-US regime.

“Despite the legitimate demands of the Iraqi people in fighting corruption”, recent developments in Iraq have been a “manifestation of an American plot to abuse such grievances,” the Lebanese Arabic-language daily newspaper al-Akhbar reported.

The paper added that Iraqi security officials have uncovered a plan that seeks to provoke major clashes between Iraqi protesters and security forces.

The clashes, hyped with provocative media coverage, are meant to produce a major security vacuum that can set the stage for the emergence of a US-affiliated Iraqi military commander who can take on the leadership role of a “savior government”.

The plan will seek to ultimately strengthen US control over the country.

The report, however, added that the Iraqi government was well aware of the plan and had adopted several policies to counter it.

Security sources speaking to al-Akhbar earlier this year had said that 2019 would be a tense year for the “people of Iraq”.

Writing for the Arabic-language al-Ahd news website, Ali Matar, an analyst in Arab political affairs, said that Washington sought to create insecurity in the country so that Iraq would remain “hostage” to the US in a bit to exploit its resources.

The Arab analyst said that Washington had always sought to undermine Iraq when it was close to attaining certain points of political and economic breakthrough.

Matar highlighted that the tensions came shortly after the Abdul-Mahdi government reopened the country’s Al-Qa’im crossing with Syria and accused Israel of orchestrating a string of recent drone strikes on Iraqi popular mobilization forces.

Abdul-Mahdi had also entered talks with Beijing and Moscow in a bid to acquire air defenses against the attacks, he noted.

The US seeks to “get revenge” from Abdul-Mahdi’s government, he added.

“The American’s thought that Baghdad would be more cooperative with them. However, the policies of Abdul-Mahdi, the Iraqi parliament and its president did not allow Washington to achieve its goals,” he said.

Hossien Sheikholeslam, another political analyst, highlighted that Iraq’s current troubles are largely rooted in the “corrupt system set up by the Americans in the country following the overthrow of Saddam”.

Sheikholeslam added that current tensions in the country were a product of American plans seeking to weaken “the Resistance”, an alliance that has gradually formed in the region in a bid to counter foreign-backed intervention in the Middle East.