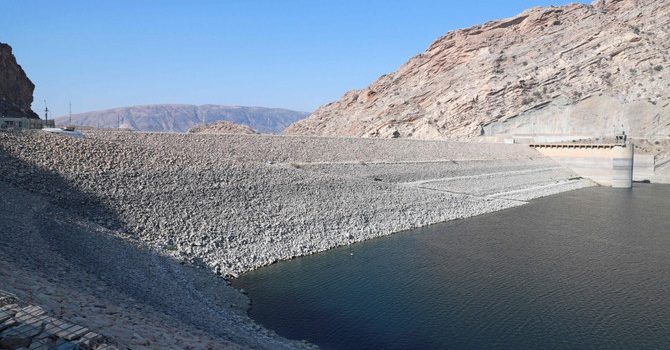 Darbandikhan Dam1 Iraq14 Iraw1 Sirwan River1
DARBANDIKHAN, Iraq: Iraqi officials warned Tuesday of a drastic drop in the flow of water in a river from Iran due to low rainfall... 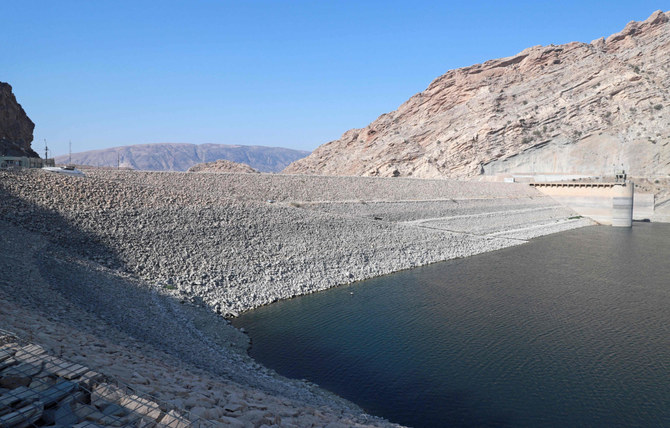 DARBANDIKHAN, Iraq: Iraqi officials warned Tuesday of a drastic drop in the flow of water in a river from Iran due to low rainfall and dam-building in the neighboring Islamic republic.

The Sirwan river begins in Iran, flowing to Darbandikhan Dam in northeastern Iraq before going through the rural province of Diyala and joining the Tigris.

“There has been an unprecedented decline,” said Rahman Khani, the dam’s director. “The water level has fallen by 7.5 meters in one year.”

The drop was attributed to low precipitation and “the building of more dams in Iran which retain water,” he told AFP.

The decline had led to a 30 percent fall in electricity production from the dam, he added, warning against the impact on agriculture in Diyala province.

Iraq — which relies on Iran for much of its electricity — has suffered extreme water shortages in many areas in recent years.

This is owing in large part to upstream dam-building in Iran and Turkey, but also to factors relating to climate change and droughts, which have affected the wider region.

The situation has prompted Iraq’s Water Resources Minister, Mahdi Al-Hamdani, to call on his government to file a complaint against Iran at the International Court of Justice in The Hague.

A foreign ministry spokesperson refused to comment on the matter.

Aoun Thiab, a senior adviser at the water ministry, said Iran was “violating international law by diverting a river flow” based on the 1997 UN Watercourses Convention on the use of water that crosses international borders.

Thiab acknowledged however that seeking justice would be “a political decision and not a technical one.

“The waters of the Sirwan river have been completely cut off,” he told AFP.

Iran has also its own decline in water levels due to drought, said a report from the country’s space agency cited by Mehr news agency.

On Tuesday, an official said Tehran was facing its worst drought in 50 years as he reported a 97 percent drop in monthly rainfall compared with last year.

The Iranian capital has had 0.4 millimeters of rain since Sept. 23, compared with 14.3 mm over the same period in 2020, said Mohammad Shahriari, deputy director of the company that supplies the region.

“Groundwater and surface water are at a critical state and there has not been a similar drought for the past 50 years,” he was quoted as saying by Iran’s ISNA news agency.

In July, deadly protests broke out in the drought-hit southwestern province of Khuzestan after people took to the streets to vent their anger over water shortages.