Iraq and Iran have stressed on cooperation between the two neighboring countries to prevent a war that could jeopardize stability in the Middle East... 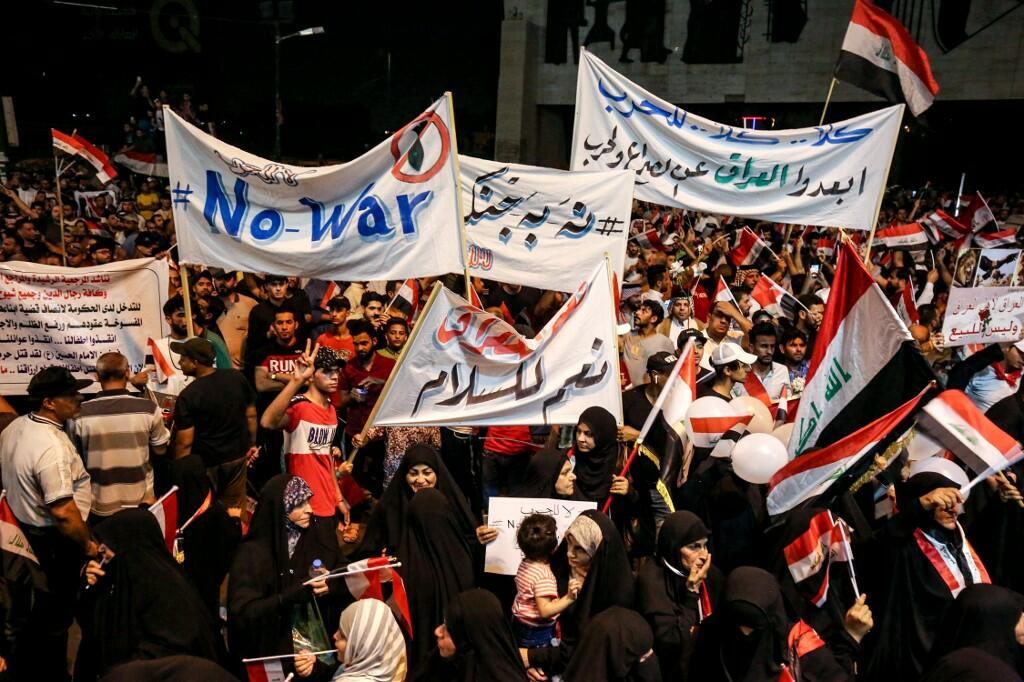 Iraq and Iran have stressed on cooperation between the two neighboring countries to prevent a war that could jeopardize stability in the Middle East region.

The media office of the Iraqi premier said on its Facebook page that during the meeting, the two officials discussed the recent regional developments, especially with regards to an international nuclear agreement on Iran’s nuclear case.

The two elaborated that the deal, technically known as the JCPOA and signed in 2015 between Iran and world powers, should be preserved in the face of the United States’ unilateral withdrawal from the agreement.

Abdul-Mahdi and Zarif reiterated that both Iran and Iraq have been affected by US sanctions on Tehran, which began following the US government’s withdrawal from the JCPOA last year, while stressing that a potential military conflict between the US and Iran over the issue could have far-reaching consequences for the entire Middle East region.

The two said there was a need for increased security cooperation between Iran and Iraq to defuse the current tensions and increase regional stability.

The report said that parts of the meeting was dedicated to a review of efforts in Iraq and Iran to follow up on the agreements signed during a recent trip of Iranian President Hassan Rouhani to Iraq and a last year visit by Abdul-Mahdi to the Iranian capital Tehran.

Relations between Iran and Iraq have expanded rapidly over the past few years despite a continuous campaign of pressure on Baghdad by US government and allies in the region.

Iran has also played a major role in restoring stability in Iraq by helping the Arab country in its large-scale battle against terrorism since 2014.

Iraqi government has mostly sought to avoid US sanctions on Iran, arguing its economy and security is heavily linked to ties with its neighbor.