President Hassan Rouhani of Iran said on Tuesday that he would not sit down for a meeting with President Trump until Washington had lifted... 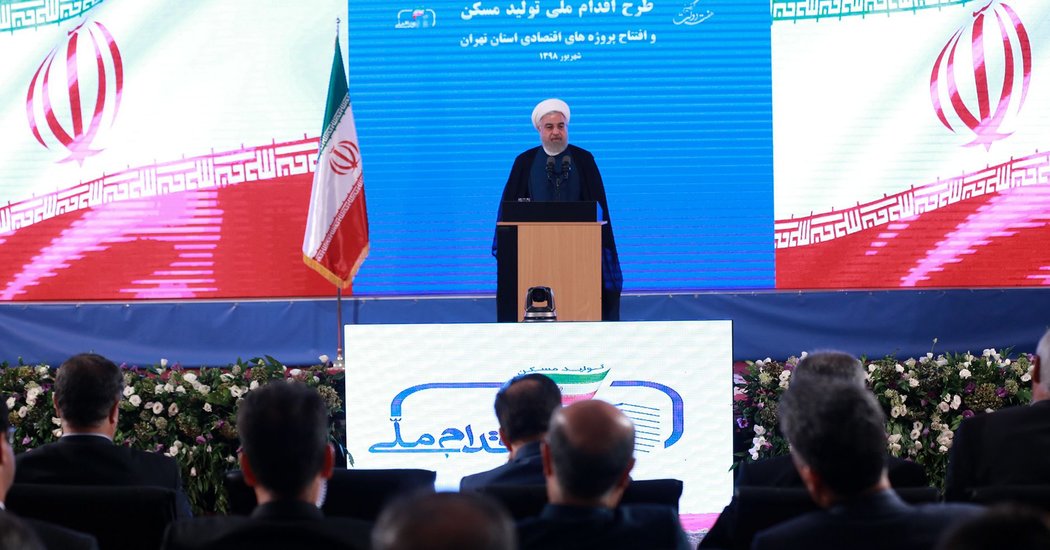 President Hassan Rouhani of Iran said on Tuesday that he would not sit down for a meeting with President Trump until Washington had lifted all of its economic sanctions against Iran.

His comment came a day after President Emmanuel Macron of France said he would try to arrange a meeting between Mr. Trump and Mr. Rouhani in the next few weeks, in an attempt to ease the strained relationship between their countries.

Mr. Trump said he was open to the idea if the Iranians were “good players.” Mr. Rouhani responded in kind.

“In the relations between Iran and the U.S., we will not witness any positive development unless the U.S. abandons the sanctions and corrects the wrong path it has chosen,” Mr. Rouhani said during a meeting in Tehran on Tuesday, according to the semiofficial Iranian news agency Tasnim.

Mr. Macron said at a news conference on Monday at the conclusion of the Group of 7 summit meeting that he had spoken with his Iranian counterpart to determine whether a meeting was possible, and the next day Mr. Rouhani put the ball firmly back into Mr. Trump’s court.

“The key to positive developments is in Washington’s hands,” the Iranian leader said.

The relationship between the two nations has deteriorated since last year, when Mr. Trump pulled the United States out of the landmark 2015 nuclear agreement and imposed sanctions that have crippled Iran’s economy.

With European leaders trying to salvage the deal, Iran continued to abide by it for a year, but tensions with the United States have escalated sharply in the last few months, raising fears of a military clash.

Mr. Trump imposed a punishing new set of sanctions in May, in what his administration has called a campaign of “maximum pressure.” Within days, a series of attacks began on tankers in or near the Strait of Hormuz, a vital waterway that a third of all the world’s seaborne oil passes through. The United States blamed Iran for the attacks.

Iran also began to exceed the limits on uranium enrichment that it had accepted in the 2015 deal.

Mr. Trump sent additional military forces to the region. When Iran shot down an American military drone in June, he ordered, and then called off, strikes on Iran.

In July, the British and Gibraltar authorities seized an Iranian tanker, which was then held for more than six weeks before being released. Iran said the ship had been detained at the behest of the United States, and in retaliation seized a British tanker, one of several vessels it has impounded.

A meeting between Mr. Trump and Mr. Rouhani would be the first face-to-face talks between American and Iranian leaders since the Tehran hostage crisis began 40 years ago. President Barack Obama spoke to Mr. Rouhani by telephone in 2013.