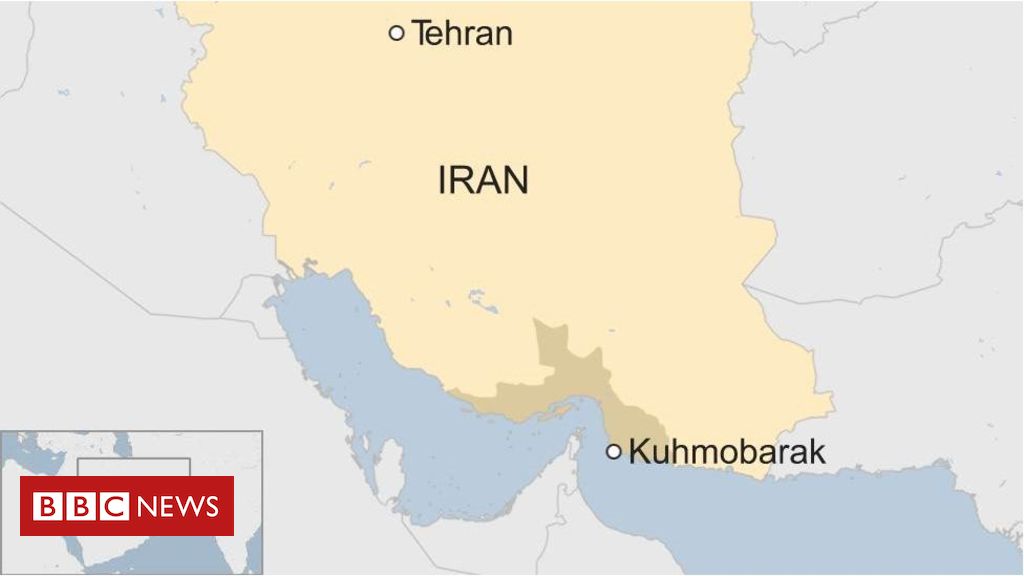 Iran’s Islamic Revolution Guards Corps (IRGC) claim to have shot down a US spy drone over Iranian airspace.

State media reported the military hit a drone, which they named as a RQ-4 Global Hawk, near Kuhmobarak in Iran’s southern Hormozgan province.

The US military has not confirmed if a drone was hit, but a spokesman denied its aircraft were in Iranian airspace.

It comes days after the Pentagon said it was deploying 1,000 extra troops to the region amid tension.

Washington has accused Iran of attacking oil tankers with mines in the Gulf of Oman.

Tensions were further fuelled on Monday when Iran said its stockpile of low-enriched uranium would next week exceed limits it agreed with international powers in 2015.

Iran stepped up its production in response to tightening economic sanctions from the US, who left the landmark nuclear deal last year.

Kuhmobarak, where Iran says it shot down the drone on Thursday, is close to the Strait of Hormuz – a key route for global oil supplies.

Navy Captain Bill Urban, a spokesman for the US military Central Command told the Reuters news agency that “no US aircraft were operating in Iranian airspace today” but declined to comment further.