Iran’s Foreign Ministry summoned the UK’s ambassador for a dressing-down after British Royal Marines patrolling off the coast of Gibraltar stopped a supertanker believed... 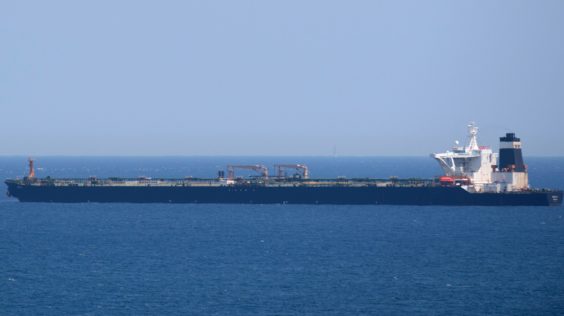 Iran’s Foreign Ministry summoned the UK’s ambassador for a dressing-down after British Royal Marines patrolling off the coast of Gibraltar stopped a supertanker believed to be transporting Iranian oil to Syria. Tehran says it lodged a “very strong objection to the illegal and unacceptable seizure” of the Grace 1 on July 4. The tanker is believed to have embarked from an Iranian port and sailed south around the tip of Africa before turning north and then east toward the Mediterranean, arousing suspicions that Tehran was seeking to avoid sanctions imposed by the United States aimed at blocking the purchase of Iranian oil. The vessel flies a Panamanian flag and is reportedly managed by a company based in Singapore, but apparently is owned by Iran. Grace 1’s destination was believed to be the Syrian port of Banyas and an oil refinery that “is the property of an entity that is subject to European Union sanctions against Syria,” Fabian Picardo, chief minister of Gibraltar, a British territory, said in a statement. “With my consent, our port and law enforcement agencies sought the assistance of the Royal Marines in carrying out this operation.”