The Gulf region is “on the edge of collapse”, Iran’s president warned on Wednesday, while calling American officials criminals for imposing “merciless economic terrorism” on... 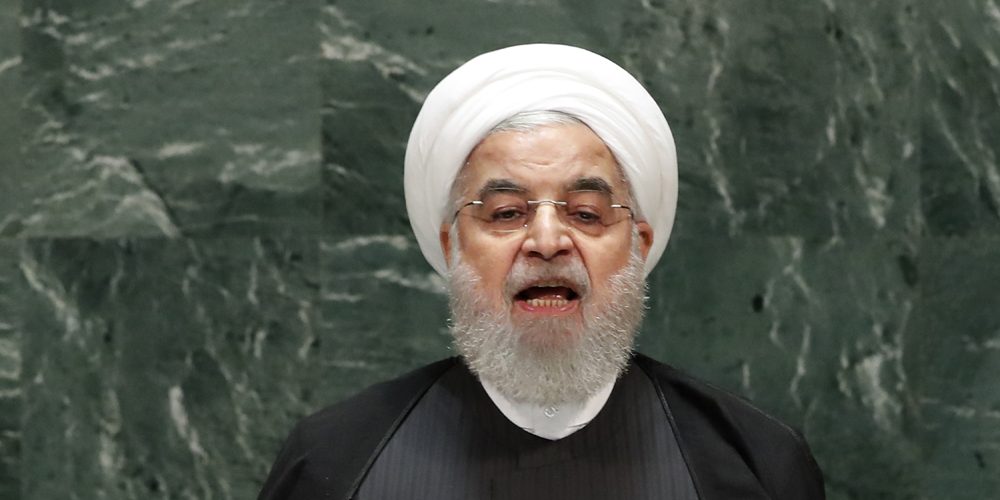 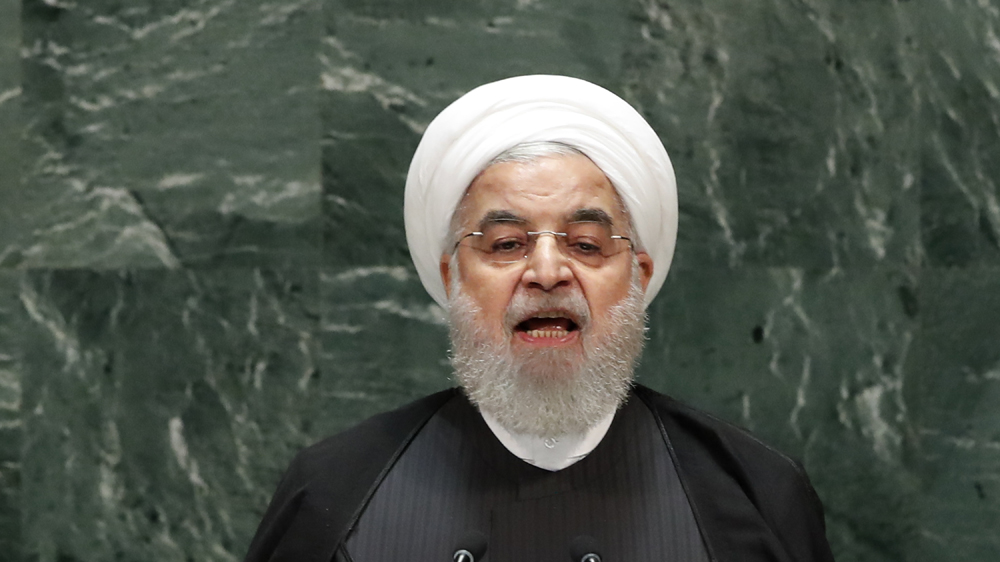 The Gulf region is “on the edge of collapse”, Iran’s president warned on Wednesday, while calling American officials criminals for imposing “merciless economic terrorism” on his nation of 83 million people.

President Hassan Rouhani made the comments at the UN General Assembly amid soaring tensions with the US after an attack on Saudi Arabia’s oil facilities that several countries blamed on Iran. Tehran denies any involvement.

“We shall not tolerate the provocative intervention of foreigners. We shall respond decisively and strongly to any sort of transgression and violation of our security and territorial integrity,” Rouhani told the annual gathering of world leaders.

Warning “a single blunder can fuel a big fire”, Iran’s president accused the United States of “international piracy” as it applies a maximum-pressure campaign aiming to choke off the country’s oil exports – its main economic lifeline. Rouhani called American sanctions on his nation “the harshest in history”.

“The Iranian nation will never ever forget and forgive these crimes and these criminals,” he said, describing sanctions as the “silent killing of a great nation … particularly women and children”.

Tensions between Iran and the US have escalated since President Donald Trump’s decision last year to withdraw the US from the 2015 Iran nuclear agreement and reimpose crippling sanctions.

Rouhani said Iran would not negotiate on the nuclear issue as long as sanctions remain in place, adding his country had “resisted the most merciless economic terrorism”.

Merkan Kamrava – from the Center for International and Regional Studies at Georgetown University in Qatar – said the nuclear deal is “all but dead”, despite some European nations such as France and Germany working hard to revive it.

Kamrava said Rouhani made an important point about how the landmark accord could be used as a platform for the US and Iran to talk about other larger issues – a point he noted was probably “too subtle for Donald Trump to pick up”.

“Its fairly obvious, and in fact the Iranians have been saying this, that the nuclear issue could be the basis for dialogue and negotiations over bigger issues the West is concerned with – for example Iran’s support for Hezbollah, the developments in Syria, Iran’s tough rhetoric against Israel.”

Al Jazeera’s Zein Basravi, reporting from Tehran, said Iran was in “a much stronger position” compared with one year ago when its economy was in “tatters”.

“What we have seen in the last 24 to 48 hours is a very different delegation from Iran,” Basravi said.

“We have seen jovial photographs and videos of Iran’s president meeting with various world leaders and we have seen a much stronger representation by the Iranian president in this speech … and its going to be obvious to the people in Iran watching what he’s saying.”

Saudi Arabia is leading an air campaign aimed at defeating Iran-aligned Houthi rebels who control much of Yemen, contributing to a humanitarian crisis in which thousands of civilians have died and millions are on the brink of starvation.

“The security of Saudi Arabia will be guaranteed with the termination of aggression in Yemen, rather than by inviting foreigners,” he told the UN General Assembly, apparently referring to the recent US deployment of forces to the kingdom.

The Houthis claimed responsibility for the September 14 air attacks on Saudi oil infrastructure, but US officials blamed Iran and said the rebels did not have the range of sophistication to target the facilities.

Iran has consistently stated it had nothing to do with the oil strikes.

Rouhani, mirroring US efforts to rally its Arab allies, invited regional countries to join a “coalition for hope” in which he said would pledge non-aggression and non-interference in one another’s affairs.

“The security of the region shall be provided when American troops pull out,” Rouhani said.

“In the event of an incident, you and we shall not remain alone. We are neighbours with each other – and not with the United States.”

Foreign Minister Mohammad Javad Zarif, elaborating on the idea at a UN Security Council session called by Russia, called for a summit among all countries along the Strait of Hormuz, the strategically vital gateway into the Gulf.

The countries will declare their zone free from weapons of mass destruction and form a pact of mutual non-aggression, he said.

“The Islamic Republic of Iran stands ready to fully engage in dialogue with the regional countries to discuss all aspects of this initiative,” said Zarif.