Iranian President Hassan Rouhani has warned of repercussions to US economic sanctions, which have reduced Tehran’s oil exports by an estimated 80 percent since... 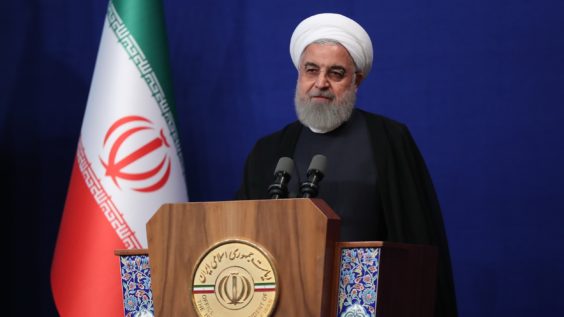 Iranian President Hassan Rouhani has warned of repercussions to US economic sanctions, which have reduced Tehran’s oil exports by an estimated 80 percent since President Donald Trump withdrew from the 2015 nuclear agreement in May of last year. “The world powers know that if the oil boycott is fully sanctioned and Iran’s exports are reduced to zero, international waterways cannot have their former security,” Rouhani said. The comments come amid heightened tensions in the Gulf, where Washington accuses Tehran of perpetrating six recent attacks on tankers. The Islamic Republic has also seized three ships in or around the strategic Strait of Hormuz, including the British-flagged Stena Impero. Meanwhile, US Secretary of State Mike Pompeo earlier this week threatened to sanction any country that allows an Iranian vessel previously seized off the coast of Gibraltar to dock in its territory. In July, British forces seized the Grace 1 – now renamed Adrian Darya 1 – over suspicions it was heading to Syria to deliver some two million barrels of oil in contravention of European Union sanctions. According to tracking data, the ship is currently traveling toward the Greek port of Kalamata, although Athens has denied receiving any request to allow the vessel to dock. Iran is nevertheless reportedly testing the waters by sending another the Bonita Queen – which is loaded with 600,000 barrels of crude – to Syria.