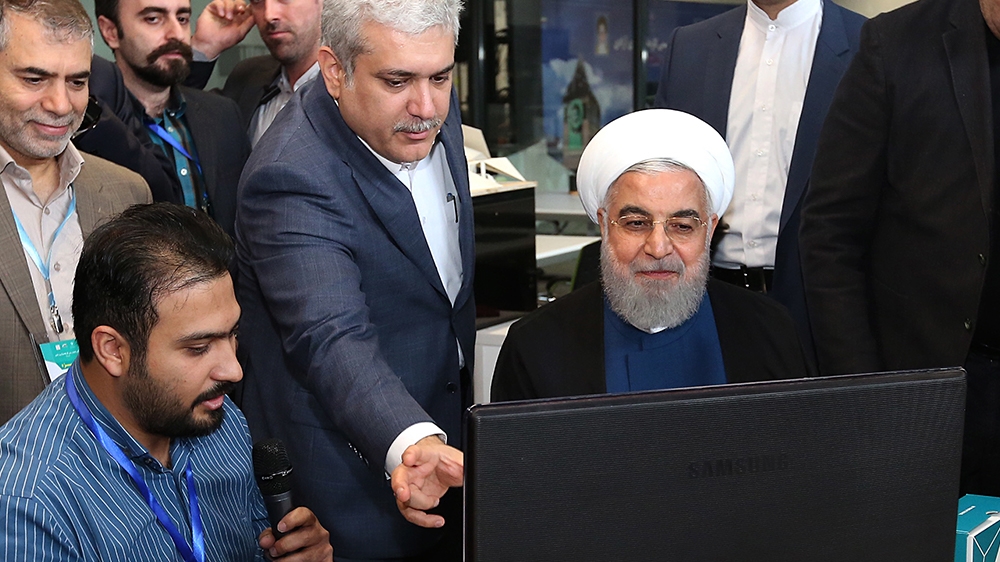 Iranian President Hassan Rouhani has said Tehran will start injecting uranium gas into centrifuges at its Fordow facility, the latest step away from its crumbling nuclear deal with world powers since the United States withdrew from the landmark accord last year.

In a televised statement on Tuesday, Rouhani said the 1,044 machines at the plant will be injected with the uranium gas as of Wednesday.

Under the nuclear deal signed in 2015 by Iran, the US, Britain, France, Germany, China and Russia, these centrifuges are supposed to spin without gas injection. Tehran has gradually shed commitments made under the accord since being hit with renewed US sanctions last year.

All of the steps Iran has taken to reduce its commitments to the nuclear deal are reversible and Iran will uphold all of its commitments under the deal when the remaining signatories do the same, Rouhani said.

“We know their sensitivity with regard to Fordow. With regard to these centrifuges, we know. But at the same time when they uphold their commitments we will cut off the gas again… So it is possible to reverse this step,” Rouhani said.

“We can’t unilaterally accept that we completely fulfil our commitments and they don’t follow up on their commitments.”

There was no immediate comment from the International Atomic Energy Agency, the United Nations’ nuclear watchdog.

On Monday, Iran announced it had doubled the number of advanced IR-6 centrifuges now in operation, in another step away from the nuclear deal. It called the move a direct result of Washington’s withdrawal from the agreement last year.

Ali Akber Salehi, the head of the Atomic Energy Organisation of Iran, said Tehran is now operating 60 IR-6 advanced centrifuges. Such centrifuges can produce enriched uranium 10 times faster than the first generation IR-1s allowed under the accord.

With these moves, Iran further cuts into the one year that experts estimate Tehran would need to have enough material for building a nuclear weapon – if it chose to pursue one.

Iran has previously broken through its stockpile and enrichment limitations, trying to pressure European signatories to deliver on the promised economic benefits of the nuclear accord and shield Tehran’s economy from US sanctions.

The European Union on Monday called on Iran to return to the deal, while the White House sanctioned members of Supreme Leader Ayatollah Ali Khamenei’s inner circle as part of its maximalist campaign against Tehran.

The collapse of the nuclear deal coincided with a tense summer of mysterious attacks on oil tankers in the Gulf and Saudi oil facilities that the US blamed on Iran.

Tehran denied the allegation, though it did seize oil tankers and shoot down a US military surveillance drone.