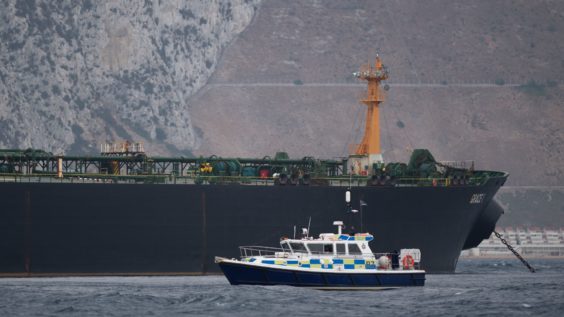 An Iranian oil tanker captured by British Royal Marines off Gibraltar was not headed to Syria, Iran’s deputy foreign minister, Abbas Araqchi, said in a press conference on Sunday. “Despite what the government of England is claiming, the target and destination of this tanker weren’t Syria,” Araqchi said. “There is no law that allows England to stop this tanker. In our view, the stopping of this ship was maritime robbery, and we want this tanker to be freed,” he added. He did not clarify the Grace 1’s final destination. British Royal Marines patrolling off the coast of Gibraltar seized the tanker on Thursday, alleging it to be transporting Iranian oil to Syria. This would be in violation of sanctions imposed by the United States aimed at blocking the purchase of Iranian oil, and sanctions imposed against Syria by the European Union. The tanker’s final destination was believed to be the Syrian port of Banyas. Araqchi claimed the supertanker’s capacity (up to 2 million barrels of oil) was too large for Banyas.