An Iranian-flagged supertanker is no longer listed as heading to the Turkish port of Iskenderun, as was the case late last week, when shipping... 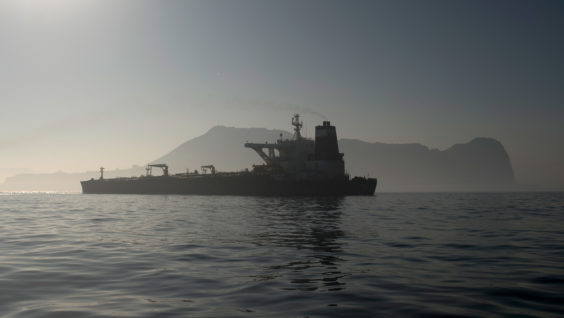 An Iranian-flagged supertanker is no longer listed as heading to the Turkish port of Iskenderun, as was the case late last week, when shipping reports showed it had made a U-turn back toward Turkey after turning away, and also after having been denied permission by Greece to offload its cargo of crude oil at the port of Kalamata. On Friday, the Turkish foreign minister denied the vessel was headed to Turkey, saying he believed it was heading to Lebanon. The latest reports show no immediate planned port of call, with the tanker now listed on shipping records only as being available for hire. The ship was originally impounded by Gibraltar after being taken over by British Royal Marine Commandos, allegedly because it was entering the Mediterranean on its way to offload in Syria, in contravention of European sanctions against that country. On being released, its name was changed from the Grace 1 to the Adrian Darya 1, indicating a possible change of ownership, although it continued to cruise under the Iranian flag. Last week, an Iranian official said the tanker’s cargo had been sold to an unnamed third party, apparently in an attempt to avoid US sanctions against any country that agreed to offload it.