Burning American, Israeli and British flags is a cherished tradition among Iranian nationalists and demonstrators.  Thanks to the escalating tensions between the countries, business... 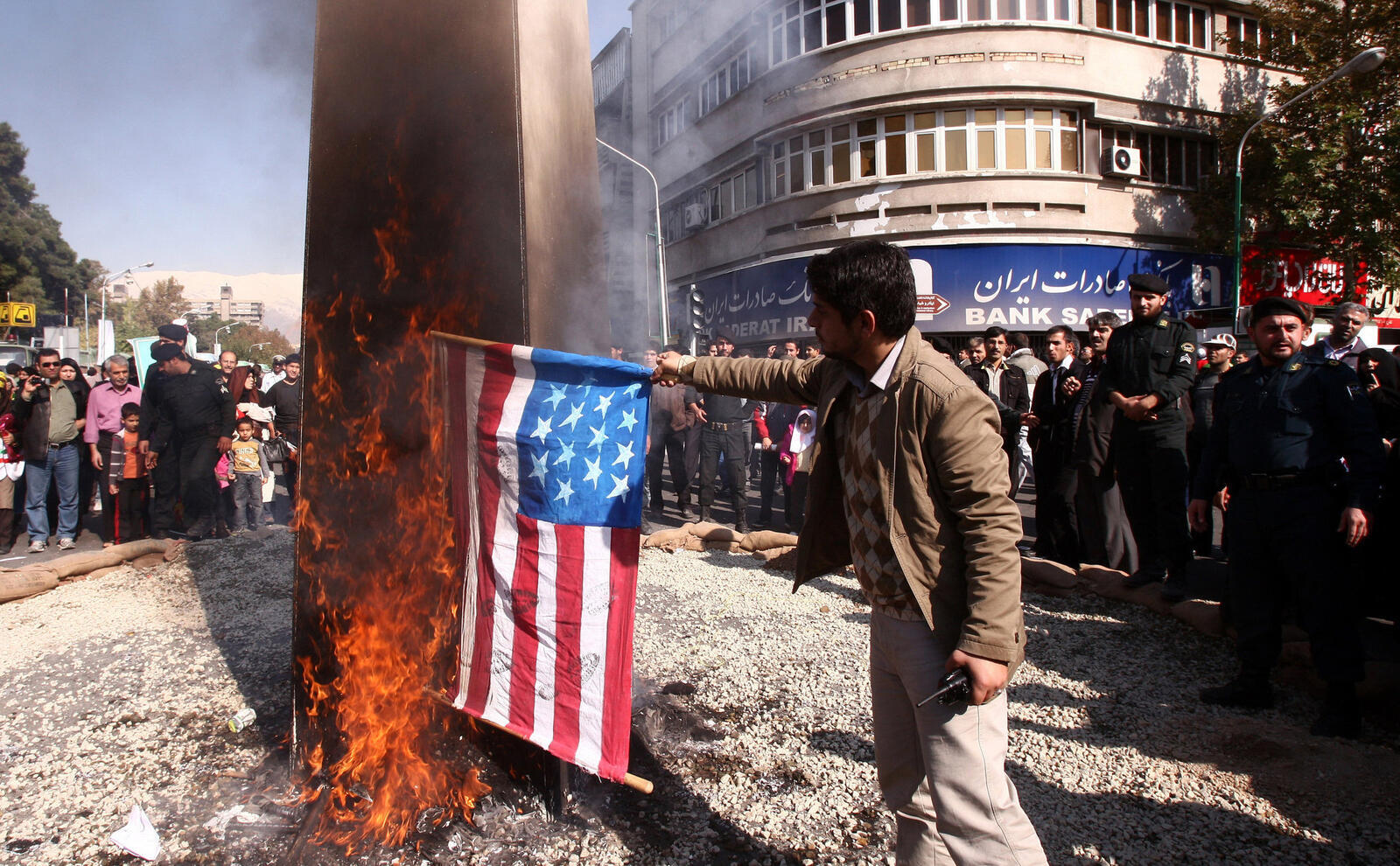 Burning American, Israeli and British flags is a cherished tradition among Iranian nationalists and demonstrators.

Thanks to the escalating tensions between the countries, business is booming at Iran’s largest flag factory, which has been producing U.S., British and Israeli flags for Iranian protesters to burn.

At the Tehran-based factory, young men and women print the flags by hand then hang them up to dry every day.

The factory produces about 2,000 U.S. and Israeli flags a month in its busiest periods, and more than 1.5 million square feet of flags a year.

Trump’s economy is soo great that it’s positively impacting an Iranian business that sells American Flags.  Think about it one side is burning them and the other side is waving them! Make Iran great again ?

Political unrest between the countries came after Iran’s most important general, Qasem Soleimani, was killed in a US drone strike in Iraq two weeks ago.

Following Soleimani’s killing, Iran retaliated with strikes on US targets, bringing Tehran and Washington to an escalating conflict.

FLAG BURNING
Business is booming at Iran’s largest flag factory which makes US, British & Israeli flags for protesters to burn. The factory produces about 2,000 & Israeli flags a month in its busiest periods, and more than 1.5 million square feet of flags a year. pic.twitter.com/xsMIZctOTk

Last November, however, many Iranians took to the streets to protest against the country’s top authorities, chanting “our enemy is not the U.S., our enemy is here.”

Corona virus has been on the look out by responsible govt across the world but over here nothing has been said or measures taken, but Trump bombing Iran some people started protesting and even burning the American flag. You see that selfishness will be the end of them all.

During protests this month, which erupted after Tehran belatedly admitted shooting down a passenger plane, young demonstrators in Tehran refused to step on the American flag painted on the street.

Third time this week I’ve seen Iranian citizens overtly refuse to dishonor the U.S. & Israeli flags, defying the diktat of the murderous Ayatollah Khamenei regime. These men and women are the great hope for a Middle East of peace and tolerance. The free world must support them. https://t.co/OtmUhy6CbP