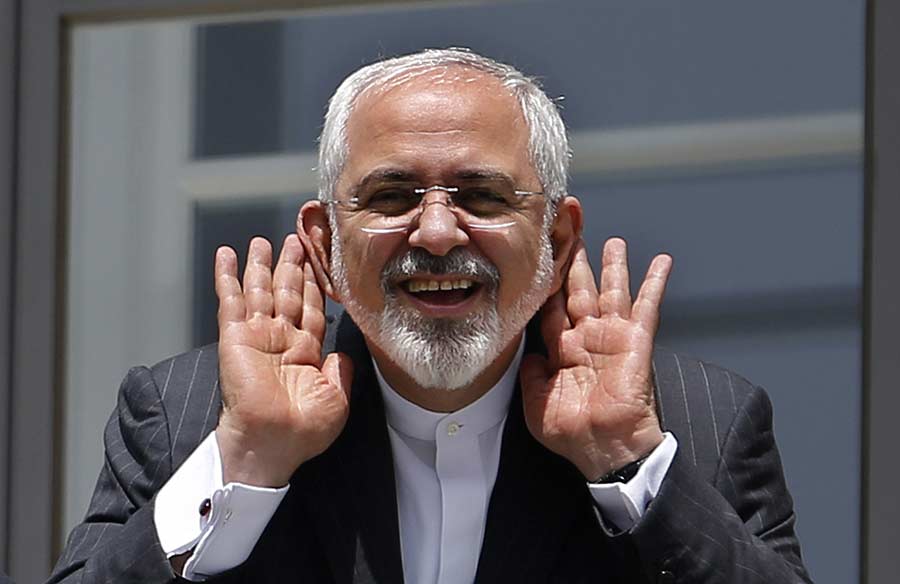 Iranian Foreign Minister Mohammad Javad Zarif said Tehran was prepared to consider French plans to salvage the 2015 multilateral nuclear deal. Zarif was one of the main architects of the pact, from which US President Donald Trump withdrew in May of last year. Since then, European parties to the agreement – France, Britain and Germany – have been devising a complex financial system that would circumvent US economic sanctions by allowing for continued non-dollar trade with the Iranian regime. “There are proposals on the table, both from the French and the Iranian side, and we are going to work on them [Friday],” Zarif said. Earlier this week, French President Emmanuel Macron offered to either soften sanctions on Iran or provide “a compensation mechanism to enable the Iranian people to live better;” this, in exchange for Tehran’s full compliance with the nuclear accord. In June, Iran announced that it would begin scaling back its commitments to the agreement, and subsequently started enriching uranium to slightly higher levels. Zarif is scheduled to meet Macron and his French Foreign Minister Jean-Yves Le Drian this weekend in Paris.