Iran stepped up activity at its underground Fordow nuclear plant early Thursday – a move France said showed for the first time that Tehran... 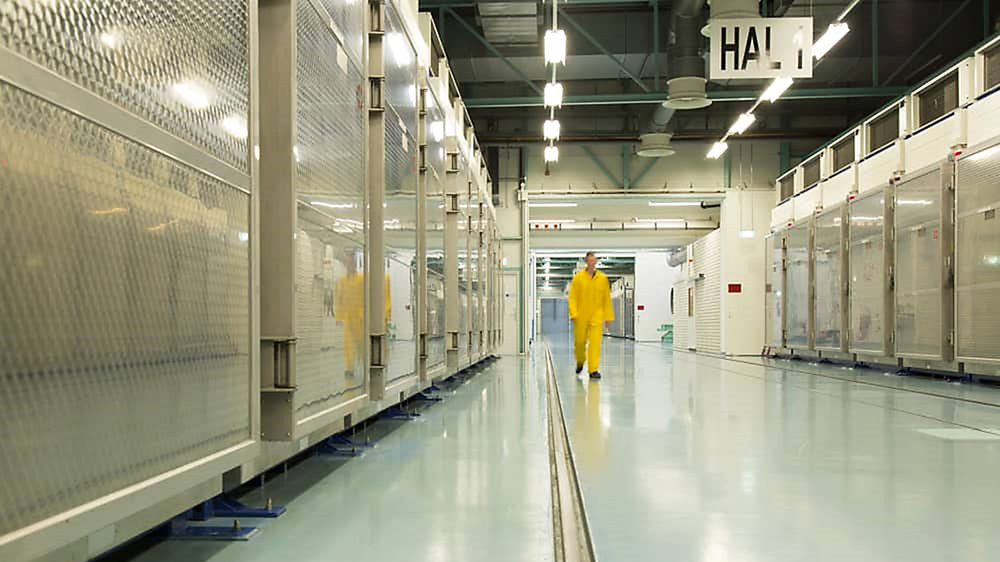 Iran stepped up activity at its underground Fordow nuclear plant early Thursday – a move France said showed for the first time that Tehran explicitly planned to quit a historic deal with world powers that curbed its disputed nuclear work.

In another development that could also aggravate tensions between Iran and the West, diplomats said on Wednesday Iran briefly held an inspector for the UN nuclear watchdog and seized her travel documents, with some describing this as harassment.

Iran said the inspector was prevented from entering the Natanz facility because of a concern she might be carrying “suspicious material”, the semi-official Fars news agency reported.

It said screening equipment at Natanz flashed a warning sign when the inspector passed through so her equipment was searched, she was denied entry, and the IAEA was subsequently informed.

The incident involving an IAEA inspector appeared to be the first of its kind since Tehran’s landmark deal with major powers was struck in 2015, imposing restraints on its uranium enrichment programme in return for the lifting of international sanctions.

Iran’s decision to inject uranium gas into centrifuges at Fordow, a move that further distances Iran from the accord, was described by Russia as extremely alarming. Iran once hid Fordow from the IAEA until its exposure by Western spies in 2009.

“They are demanding that Iran fulfil all [obligations] without exception, but are not giving anything in return,” he told reporters in Moscow.

The Kremlin has previously called sanctions against Iran “unprecedented and illegal”.

The new nuclear activity was the fourth step announced by Iran since it began responding to Washington’s abandonment of the nuclear deal last year.

“I think that for the first time, Iran has decided in an explicit and blunt manner to leave the JCPOA, which marks a profound shift,” said Macron, who has been at the forefront of efforts by European signatories to salvage the deal after the United States withdrew.

Behrouz Kamalvandi, spokesman for the Atomic Energy Organisation of Iran, told state television the agency has delivered 2,000kg of Uranium or UF6 to the Fordow plant, under the supervision of United Nations inspectors, on Wednesday.

“The restarting of the centrifuges will take a few hours and from midnight, the process of injecting uranium gas into them will begin,” he said.

A spokesman for International Atomic Energy Agency (IAEA) said its inspectors at the site “will report back on relevant activities”.

The nuclear accord, signed in 2015 by Iran, the US, Britain, France, Germany, China and Russia, bans nuclear activity at Fordow, a plant located near the city of Qom, and capped the level of purity uranium can be enriched at 3.67 percent – suitable for civilian power generation and far below the 90 percent threshold of nuclear weapons grade.

With the injection of uranium gas into its centrifuges, Fordow will move from its permitted status of research plant to become an active nuclear site.